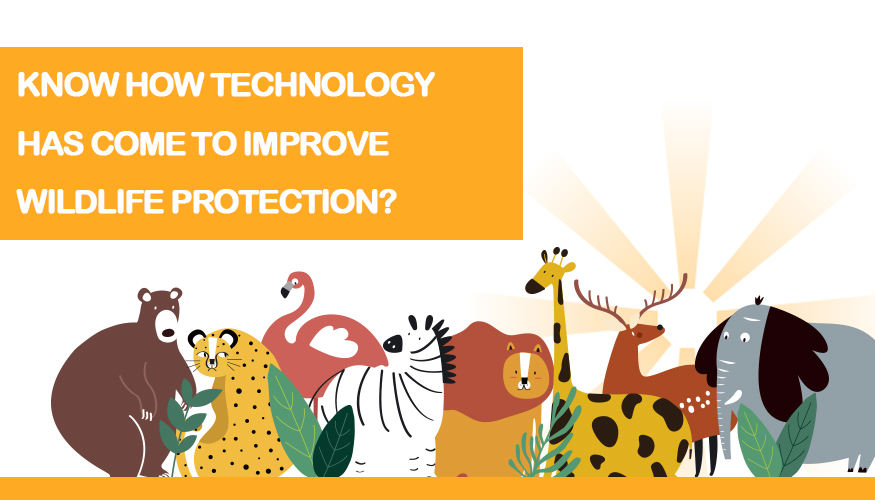 Applying Tech For Safeguarding The Human Habitat And For Animal Welfare...Find Out!

Wildlife is under threat from various kinds of human activities, such as habitat destruction, illegal wildlife trade, the spread of invasive species and diseases, and from the human impact on the Earth?s climate, which is changing the nature of wild habitats. Advances in technology give conservationists, scientists, and the general public the advantage to better understand the animals, their habitats, and the threats they can face.

One such use of technology happened in the village of Bardoli. Wildlife activists and forest department officials captured photos of a leopard using technology in a town near Bardoli. The leopard photos were captured thanks to motion sensors that activated the camera digitally. This technology helps researchers know how many leopards or, in fact, any other wild animal there was in an area and whether they had puppies or not.

The presence of a leopard in the village of Junvani, near Bardoli, had created panic among the villagers and rumors that more than one made things worse. Some claimed that they had seen a female leopard with cubs, while others said there were two leopards. The officials of the forestry department called Friends of family welfare and they placed the camera with motion sensors. It showed a two-year-old female leopard but no puppies.

The NGO volunteers had placed a DSLR camera on a tripod with three flashlights and a motion sensor at the back of the Nitin Chaudhary residence in the village of Dhariya Pipla Faliya in the village. The leopard visited the place at night. He was seen moving in the village during the day and hunting chickens. Anticipating another visit, the NGO placed the camera and caught its images at night. The forest officials noticed pug marks of puppies in the town. Normally they don't cage a leopard with cubs. To confirm the presence of the puppies, they took the help of the volunteers. Efforts were being made to rescue the leopard because there were no puppies with him.

Meanwhile, the forest department official?s rescued a three-year-old female leopard from Bhesudla village, which is located about 2 kilometers from Junvani.

Forest officials are yet to confirm if it was the same leopard that was captured on the camera.

The use of technological applications in captivity, such as satellite imaging and assisted breeding technologies, is focused to enhance animal welfare and to influence zoo visitors? awareness of conservation-related behavior. Given the increasing demands on protecting wildlife, it seems a fair time for us to pause and ask what could be the best way to use technological innovations and to stimulate a closer collaboration among conservation practitioners, animal behaviorists, biologists, computer and system scientists, and engineers, to mention but a few.