The Dhari Devi temple stands tall on a chassis of pillars, in the middle of the sprightly Alakananda river, and hundreds of devotees walk on the stone bridge which connects the mainland to the shrine, every day. Bhuwan Rawat, a 32-year-old engineer, was one such devotee and beginning 2017, he would visit the temple every Sunday.

After a few weeks, he made an alarming observation.

The sole path to the entrance was narrow and would remain quite crowded on weekends. But the pilgrims would not think twice before littering the entire road with dry flowers, plastic packets, bottles, etc.

The root problem was there was not a single garbage bin in the vicinity, no visible restrictions on littering, and as a consequence, people were least bothered about cleanliness.?

Bhuwan decided to take it upon himself to restore the sanctity and cleanliness of the place. Over the next week, he collected empty tin barrels from shops near his home. The shopkeepers, though quite perplexed by his strange demand, simply gave away their empty oil barrels since those were of no use.

After collecting the barrels, he painted them in vibrant colors and inscribed phrases about cleanliness in bold Hindi letters. During his visit on the following Sunday, he placed a series of these cans along the winding road leading to the temple, keeping one at every ten steps.

People automatically started throwing the trash in these bins. They did not have to be prompted every time. They saw the bins and signs, and they followed the norm. The temple path is now spick and span.

The man did not earn everyone?s respect in a day??he had to overcome a lot of resistance and other hurdles, to convince people about cleanliness and raise environmental awareness among the villagers.

Bhuwan hails from a nondescript village near Badrinath, close to Nepal border. Although born and brought up in Uttarakhand, he started his career as an engineer in Delhi after completing his studies there.

In 2008, he was appointed as the Deputy Manager of the Srinagar Hydroelectric Project in Pauri Garhwal and returned to the state.

The Himalayas are a testament to the beauty of nature, in its most pristine form. However, the percolation of urban consumerism into the nooks and crevices of the mountain hamlets were slowly poisoning the environment.

Plastic menace was on the rise, and the people were unaware of its adverse effects. Trash would be thrown anywhere and everywhere. The once-serene mountain air was now reeking of garbage.

Bhuwan started his ?Swachh Uttarakhand? mission with the work at Dhari Devi in 2017. After installing the dustbins, he would make sure to collect all the trash every weekend and take it to dumping zones designated by the government. A sizeable portion of the trash was segregated and taken up for recycling by local kabadiwalas (scrap traders).

Next on his agenda was to spread awareness among local villagers.

The only cleanliness missions they have seen to date were the drives organized by government agencies or NGOs, where people would sort through trash or wheel large dustbins wearing silicone gloves, face masks, and hairnets. Inevitably, it got etched in their mind that cleaning is an expensive affair.

That?s when Bhuwan revealed to them that a ?swachhata? drive could be conducted entirely free of cost. He broke it down and shared his unique ideas and strategies.

?They were astonished to know that the empty tin cans or cardboard cartons at their homes can be re-purposed into makeshift dustbins; or that the old plastic bottles can be cut and hung up on tree branches to provide water for the birds.?

What can be a greater tribute to our nation than to preserve the hygiene, health, and safety of the people?

Say no to vehicular pollution 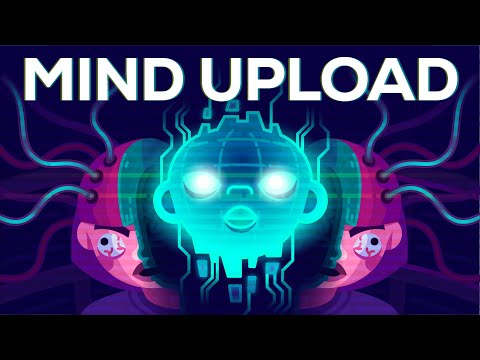 Can You Upload Your Mind & Liv