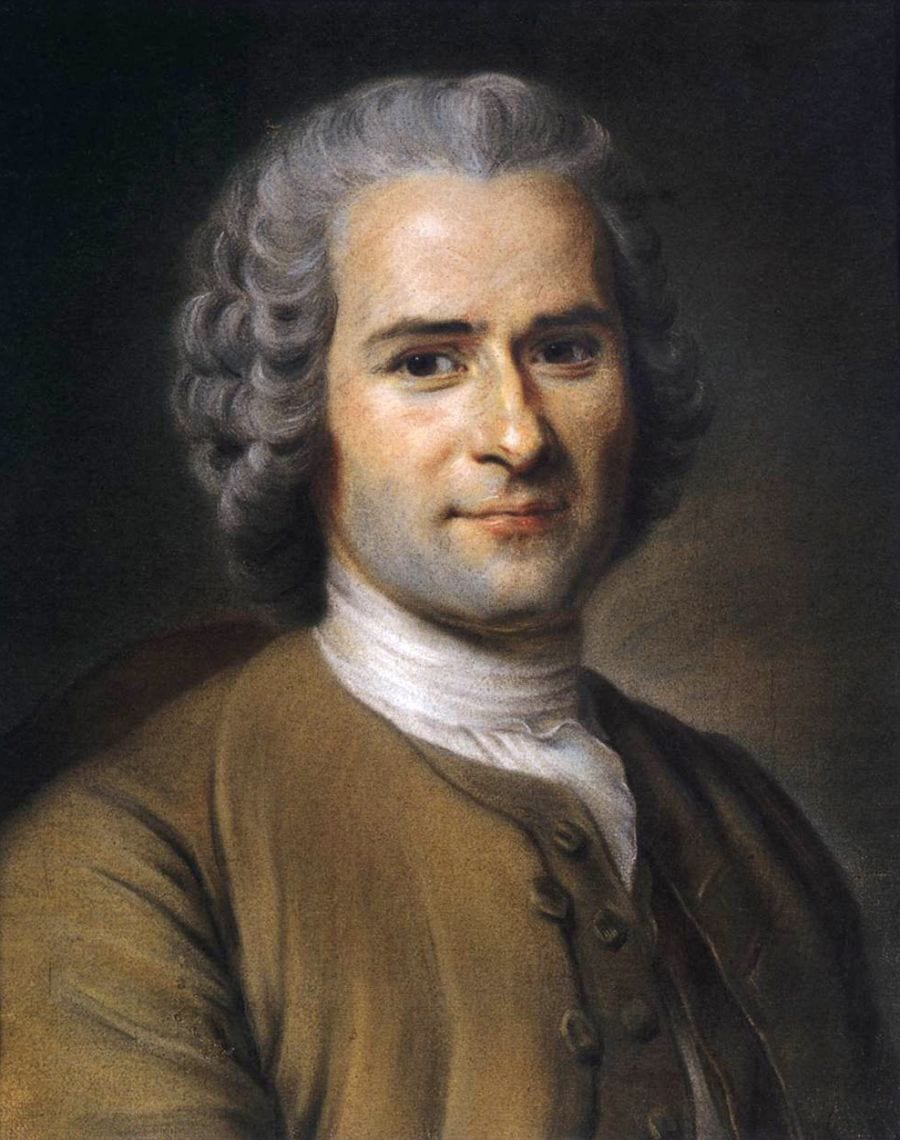 The great French philosopher Rousseau gave us the slogan LIBERTY, EQUALITY AND FRATERNITY. These three famous words reverberate whenever there is a strong revolt against established monarchy, tyrannical governments and evil social institutions.

Rousseau was the most famous and popular philosopher of France. He was a revolutionary thinker and awakened revolutionary spirit among the people.

He was born in Geneva in 1712 to a small-time watchmaker. He worked at various professions to earn his livelihood before he became successful as a writer.

Since he was a revolutionary thinker, he advocated new social ideas. Rousseau believed in the regeneration of the society on the basis of his political and social ideas.

According to him, ?Man is born free and yet everywhere he is in chains?. He thought all societies were artificial and accepted forms of political organizations as tyrannical. In the state of nature, all men were free and equal and enjoyed liberty. He wanted to uproot those harmful civilizations and institutions which had degraded man.

He wanted to have a new and ideal setup in place of the old political and social order. He advocated the idea of the sovereignty of the people. As we know, he was a strong supporter of the individual?s rights and liberty. He said that the people had the right to revolt against a tyrannical government and dethrone a sovereign, which is not fair and just.

According to him, public opinion carried weight in the society and the state laws are formed for the good of the people. They do not express the arbitrary will of the despotic ruler.

He created national awakening among the people and prepared a solid ground for a national revolution in France.

He has been rightly called ?The Prophet and pioneer of the French Revolution? by Napoleon Bonaparte.

His famous books ?My Confession? (autobiography), ?Emile? and ?Social Contract? are still read to this day.

He died in the year 1778 and was buried with great honours among the martyrs of France.