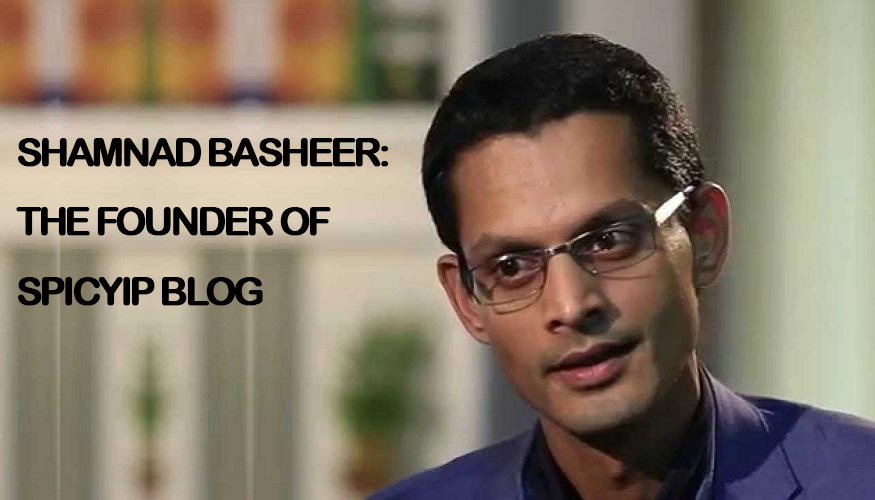 Shamnad Basheer- the extraordinary visionary and human being

Shamnad Basheer, a graduate of National Law School of India University, Bangalore is known for having founded the highly influential Spicy IP blog before the idea of blogging even became a thing in India. The objective of the site was to summarize complex legal issues into simple speaking points, particularly with regard to Intellectual Property Rights (IPR). The site was revolutionary in that it provided a gateway for the common man to fully understand the implications of changes in IPR laws and its consequent impact on the public health industry. His most prominent case as a litigator and the one that he is most famous for is the intervention in the Novartis case that till today has resounding implications on the pharmaceutical industry including access of healthcare to consumers. He challenged the excessive pricing and commercial extortion by the pharmaceutical industry that was proving to be detrimental to the common man who unfortunately had no hand in the diseases that plagued him.

Another notable issue taken up by Shamnad Basheer was when he argued in favor of the rights of disabled persons to access copyrighted material. The case popularly known as the ?Delhi university photocopy case? was initially challenged because it prohibited students from taking photocopies of expensive reading material. In order to enable access to information and being a stern advocate for the right to education, Basheer argued that students must not be prohibited from taking copies of these expensive books as a more cost effective way to gain knowledge.

However, Basheer was more than just a lawyer. In 2010, he founded the Increasing Diversity by Increasing Access (IDIA) initiative by virtue of which hundreds of underprivileged students have been trained and afforded an opportunity to study at India?s top national law universities. The initiative not only educates the students to prepare for the entrance exam but also provides funding and support throughout their education. Today, Basheer?s inspirational success story is not limited to his success as an advocate in the Supreme Court but is evident in the number of students he has helped to now become members of the Judiciary.

Even though Shamnad Basheer is no more, his work has left a legacy that will be hard to erase. He has single handedly done more to change the narrative around privilege in the legal profession than any other lawyer in recent times.