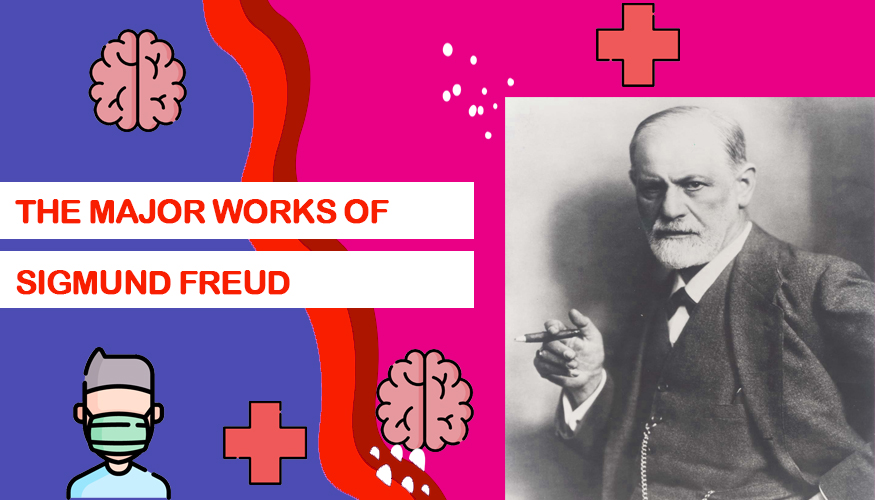 SIGMUND FREUD: The Father Of Psychology?Let?s Find Out His Story!

Sigmund Freud was born on 6, May 1856 at Freiberg, Moravia, (now Czech Republic).

Sigmund Freud was a brilliant student who was interested in a wide range of subjects like science, physiology, psychology, medicine and mental health. It was in the year 1873 he joined the Medical School of Vienna University. Apart from working hard for his medical studies, he also immersed himself in research under a professor named Earnest Brucke. It was no small wonder that he excelled in his research and concentrated solely on biology and human psychology. He continued his research for 6 years and thereafter specialised in neurology. Soon he received his medical degree in 1881 and became a full-fledged doctor at Vienna General Hospital.

For a brief period, Sigmund Freud served as a director of Neurology Children?s Ward in a Berlin hospital.

In 1886, he began his own practice in Vienna as a psychiatrist and a neurologist. It was at this time he took the help of Joseph Breuer. They worked together and found out that hysterical patient when encouraged to talk uninhibitedly about their earliest symptoms of hysterical occurrences, they gradually relaxed and poured their feelings.

From the case history of his patients, Sigmund Freud concluded that neurosis had its roots in deep traumatic experiences. He also discovered that sexual suppression was the main cause of many forms of neurosis. He worked out a theory known as Oedipus complex. He continued with his individual research and studies and further refined and developed his theory and practice of psychoanalysis. Sigmund Freud became a well-known psychiatrist all over the world. His books and lectures made him an international figure and brought him immense wealth and fame.

Afflicted patients thronged him and he had a thriving practice. It was during this time there began a kind of psychoanalytical movement. It was the 1930s? and Hitler?s ugly presence was looming large over Europe. He invaded Austria in 1938 and banned psychoanalysis. The dreaded Nazis burned Sigmund Freud?s books and banned his theories. When Austria fell to Hitler, Sigmund Freud had no other choice but to leave his homeland and eventually migrated to England with his family. They settled down at Hampstead, London. Sigmund Freud later realised hypnosis inadequate in treating his patients. So he adopted the method of free association which is helping the patients to express their feelings and thoughts in a state of relaxed consciousness. This method was called the psychoanalytic technique which he developed over a period of time wherein the patients were urged to pour everything out that is in their mind.

According to Sigmund Freud, our motives, whether simple desires or neurotic compulsions, have their origin or source in this unconscious mind.

Later Sigmund Freud came with a completely new tripartite ? id, ego and superego model of the mind in 1923.

His theories were initially supported by Alder and Jung. Later they both left him and founded their own schools of psychoanalysis. Sigmund Freud was an original thinker. His personal life experience played an important role in shaping his theories and concepts of psychoanalysis. Sigmund Freud firmly believed that psychic energy played a fundamental role in the human system and it is the function of psychology to investigate the modification transmissions and conversion of psychic energy within the personality which shapes and determines it. This theory and conviction is the very foundation of Freud?s psychoanalysis.

There has never been a second opinion about Sigmund Freud?s extraordinary brilliance on this subject. But his theories and concepts gave rise to huge debates and created controversies. Some believe he is the father of a new science which dealt with the mind and its illness. Others claim his theories were not scientific enough. Most of his associates parted ways with him and became his bitter rivals. His followers and detractors are legion. Sigmund Freud was honoured with Goethe Prize in recognition of his services in the field of psychoanalysis- the study of unconscious mind. He opened a new window on human psyche and revealed the mysteries of the unconscious. Thousands who suffered from mental depression and distress were cured by him. He was a great psychiatrist and was the first to develop a body of theory which highlights unconscious biological drives as the source of human behaviour.

Freudianism, a trend named after him explains a personality?s development and structures by irrational means. He analysed the unconscious mind in terms of competing forces which are the ego, the superego and the id. He diagnosed phobia, hysteria, obsession, suppression in his patients and gave them a common name neurosis. Undoubtedly Sigmund Freud has been one of our greatest psychiatrist and neurologist of our times.