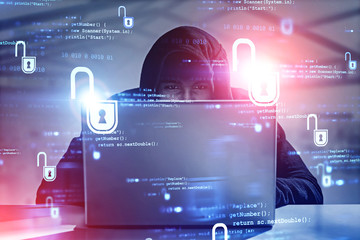 Hacking, which was once looked down upon, has now potential job opportunities.

Whenever people think about the term ?hacking?, they immediately think about stolen identities, hacking into someone?s account and cashing out on the bank balance, stealing confidential data related to national security etc. The issue of cybersecurity and hacking has become a national concern. But, contrary to popular belief, hacking isn?t always bad.

A person who does hacking is known as a hacker. The term hacker can refer to three different things-

A person who uses their computer skills in order to gain access to unauthorised content in systems, government networks, corporations etc to cause a problem. He/she either hacks the website to gain access to confidential data for malicious personal purpose or use the network to perform criminal activities. This type of hacking is known as black hat hacking and the hackers are called black hat hackers.

A person who is an expert at computer skills, networking, programming and other computer related functions. He/she shares the computer knowledge with others and uses it for good purposes only. This type of hacking is known as white hat hacking and the hackers are called white hat hackers. Whenever they see flaws or vulnerabilities in the system, they fix the issue rather than exploiting it. Companies like IT firms look for such kind of people for testing their system and processes.

Grey hat hackers are people who usually aim for better security but can use their knowledge for achieving their personal goals.

IS HACKING GOOD OR BAD?

Depending on the purpose it is done, hacking can either be good or be bad. Hacking can also be done as a public service by ethical hackers. The white hat hackers hack into the company?s database with proper permission in order to check for vulnerabilities and eliminate them. This helps the companies in finding system flaws and correcting them so that the system is no longer vulnerable towards black hat hacking.

Hacking, which was once looked down upon, has now potential job opportunities. Even though all the security breaches cannot be prevented, by employing the use of ethical hacking, certain leaks can be handled before they cause recursions.

Hacking isn?t always bad. White hat hackers are people who spot on the bugs and security holes in the system for preventing breaches. The purpose of hacking should be good since the information is written in codes only. Security is a top priority for all. It is about time that government starts employing hackers for preventing security breaches.