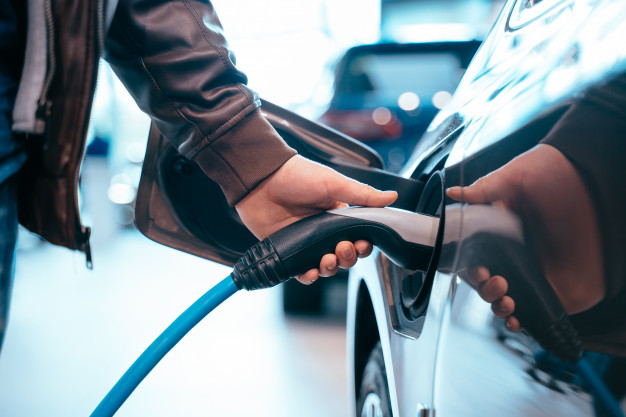 Making the earth breathe better ? make use of hybrid vehicles

When the first hybrid cars hit showrooms roughly two decades ago, they were dismissed as science projects. But now hybrid powertrains can be found in everything from high-end supercars, to humble taxis, and even in commercial vehicles.

What are hybrid vehicles?

A hybrid vehicle is one that uses more than one means of propulsion - that means combining a petrol or diesel engine with an electric motor. The main advantages of a hybrid are that it should consume less fuel and emit less CO2 than a comparable conventional petrol or diesel-engined vehicle

How do hybrid cars work?

The cross-breed vehicles give automakers a way to fuel-economy and carbon emission requirements. It is a comparatively newer concept and most of the drivers are still not familiar with a hybrid car. So, it?s a legit curiosity to know how it works and what is under its hood.

A hybrid car has the internal-combustion engine and a fuel tank of traditional vehicles and the battery pack and electric motors of the electric automobiles. It usually works by collecting and reusing the energy of a gasoline-burning engine that would otherwise go waste in standard vehicles.

It?s vital to know about their internal structure to understand how they work. Check out the main features of their structure:

All hybrid models have this traditional motor. In fact, it is their main power source since they can recollect and reuse half a ton of battery power from the consumption of one gallon of fuel.

Apart from a traditional engine, the hybrid cars also use an electric version. This is the component that makes them so special. It takes power from the battery to accelerate the vehicle. It also gives the power back to the battery in the event of slowing the car down

They are considered to be the powerhouse of the electric motor. They supply power to the engine and can also take it back when necessary.

A hybrid car still needs a fuel tank because it uses a gasoline engine. The engine burns fuel and supplies energy to the battery pack. However, the upside the car does need as much gasoline as required to run a traditional vehicle of similar capacity. The advanced technology of the hybrid vehicles facilitates less fuel consumption and fewer carbon emissions.

There isn?t a doubt that hybrid cars have better gas mileage than other cars. Improved fuel economy, as well as reduced fuel consumption, is a major benefit of hybrid cars. Thus, it will get better gas mileage than a gas powered car. First is because the electric motor provides extra power and when driving a low speed, the electric motor will work instead of the gas engine. So, it saves gas and helps the environment.

Global warming is a big concern and one of the reasons for global warming is the fumes emitted from cars. Harmful gases like carbon monoxide damage the air. Since hybrid cars use the electric motor more, they burn less fuel. This causes fewer emissions.

Reduction of pollutants and toxins :

The main issue for the environment is the growing pollution level due to emissions caused by cars.

If you have read information about hybrid cars, then you know it doesn?t release a lot of toxins or pollutants into the air like a gas powered vehicle.

Normal conventional cars will require you to change the oil after 3,000 miles, but hybrid cars need an oil change after 6,000 miles.

Below are some of the hybrid cars available in India: