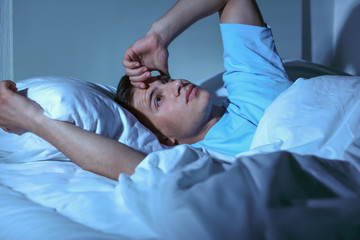 Most Youngsters Suffering From Insomnia Have High Risks Of Heart Strokes And Diseases!

Insomnia is a term used when an individual is unable to sleep at night. Such people have high risks of heart diseases and might even suffer a stroke due to it.

This has been in most cases with youngsters and has always been awake being a slave of social media.

Insomnia has been affected by 30% of the general population. In which it has increased the rate of heart disease.

In this first-of-its-kind study on insomnia, Larsson and a colleague applied Mendelian randomization, a technique that uses genetic variants known to be connected with a potential risk factor, such as insomnia, to reduce bias in the results. The 1.3 million participants with or without heart disease and stroke were drawn from four major public studies and groups.