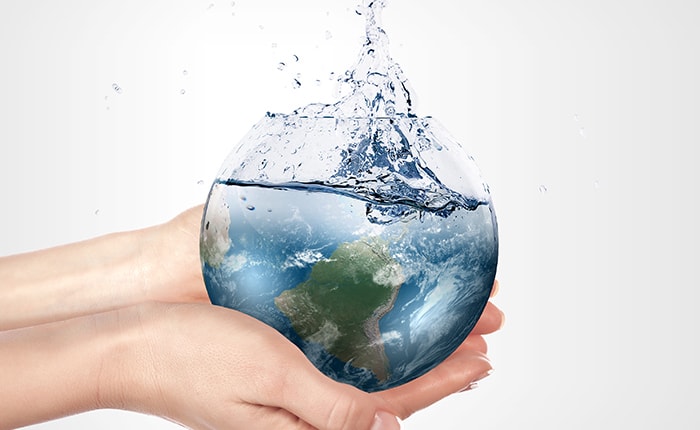 New Ways To Conserve Water?! Electric Water Conservation Takes On A Path To Save Water.

As new technologies evolve, there is a large potential to not only solve the freshwater issue but also to generate power and develop more sustainable solutions as we move into the future.

With a rising global population and limited freshwater availability, scientists and engineers are working to solve this threatening issue through technological advances and consumer education. There have been incredible innovations made during the past few decades in an attempt to get in front of the threat that is predicted to affect the United States by the year 2050.

Only four percent of the water on Earth is freshwater and readily available for human consumption. The remaining 96 percent is saltwater that requires expensive desalination processes to make it available as drinking water.

While researchers and scientists are newly developed desalination project, The Pipe, is to be used to provide clean drinking water to Californians. This will be a long metal tube floating in the Pacific Ocean that uses solar-power to electromagnetically filter seawater into potable water, flushing the byproducts back into the ocean. The Pipe is proposed to provide 1.5 billion gallons of clean drinking water to the state of California, which has been the victim of drought for a number of years.

Tethered to the ocean's floor off the coast of Western Australia, the Carnegie Perth Wave Energy Project uses wave energy to power a large bobbing desalination plant. This project is composed of three buoys that generate 240 kilowatts a day. Any additional energy that is not used in the desalination process is sent back to the power grid on the mainland of Australia.

Many researchers are diving into the possibility of harvesting fog and water condensation to collect fresh drinking water. This has proven to be a time-consuming project that has been implemented in countries such as Ethiopia, but that has yet to be declared a success.

Treatment of wastewater is highly energy-intensive and not nearly as cost-effective as it could be. Civil engineers and scientists alike are working towards developing ways to generate energy, rather than consume it, from the treatment of our wastewater.

Professor Gerardine Botte from Ohio University has developed a process to capture hydrogen produced by the ammonia and urea from human urine and use it to generate power. Placing a small converter into the plumbing system would collect and convert the hydrogen into energy, which could be used to power the building in which it resides. Based on Professor Botte's calculations, an office building of 200 to 300 employees would produce enough urine to generate two kilowatts per day.

A large amount of water waste occurs through our agricultural practices. New irrigation methods being developed are aiding in solving two important issues at the same time: freshwater availability and the growing food crisis.

Improving farming practices to provide for sustainable agriculture methods is the only way to move forward with a long-lasting solution to ensure that the global population's food and water needs are met. Testing soil moisture allows for civil engineers to allocate only the water that is needed to prevent water waste. Some farmers are also using wastewater in their irrigation systems, which allows them to reduce the amounts of fertilizer being used in their fields.

There are many ways that you can implement water conservation techniques in your own home. Installing water-saving fixtures into your bathroom and kitchen and updating your major appliances, like your washing machine, will help to greatly reduce the amount of water that you use. Recycling household items like water bottles and washing full loads in the dishwasher can also have a significant impact on water conservation.