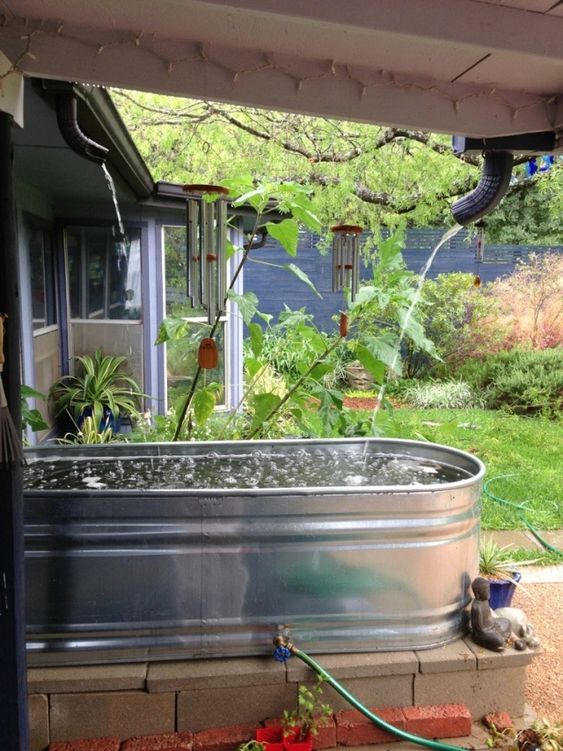 Our earth is known as Blue planet as 71% of earth?s surface is covered with water. Water exists in different forms in different quantities. 97% of water is in the form of oceans, fresh lakes, glaciers, moist soil, and even in the atmosphere. Although water seems to be in the abundant amount on earth, only the remaining 3% is suitable for human use, known as freshwater. Increasing population leading to over urbanization is putting stress on our finite usable water resources further exploiting it by contaminating it with chemical toxins, sewage, and other wastes. Mismanagement and negligence towards our finite source have led to water scarcity in India and around the world. Taking steps towards water conservation on all levels is the only solution to this problem. Rainwater harvesting is one of the most effective and suitable methods to save water.

Rainwater is the purest form of water we receive from nature directly. It is essential to save this form of pure water for the future. Saving rainwater in this form is always efficient as one doesn?t have waste any energy in purifying it. In a country like India, where the distribution of rain is not equal rainwater harvesting will help to replenish the decreasing groundwater level.

Rainwater harvesting system captures rainwater by directing it to a large surface normally from a rooftop of the house to an underground or overground holding tank. The harvested rainwater is then slowly filtered then reaches the reservoir and pumped directly into the appliances or the header tank for domestic, agriculture, or commercial purposes like gardening, irrigation, bath, showers, etc. The chart of the processes goes by collection, filter, store, and then reuse. Rainwater harvesting can be a small step done by individuals to reuse and save water. And when done on a larger scale it not only fulfils the requirements of the house but also improves the soil quality which reduces the chances of flood, soil erosion and contamination of surface water with pesticides or fertilizers from rainwater run-off which results in clearer lake and ponds. 2 states in India which followed rainwater harvesting in all houses. In Tamil Nadu, rainwater harvesting was made compulsory to replenish the depleting groundwater level. In Rajasthan, rainwater harvesting is also practiced by the general population to improve the quality of the soil. And more people are starting to practice rainwater harvesting.

Amla Ruia is a Mumbai- based social activist who has transformed many lives in over 100 villages in Rajasthan by using our old traditional water harvesting techniques. Till date, the trust has helped in the construction of 200 check dams in 100 villages. Over 2 lakh people were impacted!

Aabid Surti runs an NGO named the Drop Dead Foundation, which is taking care of plumbing problems such as leaks that cause water wastage in Mumbai households.