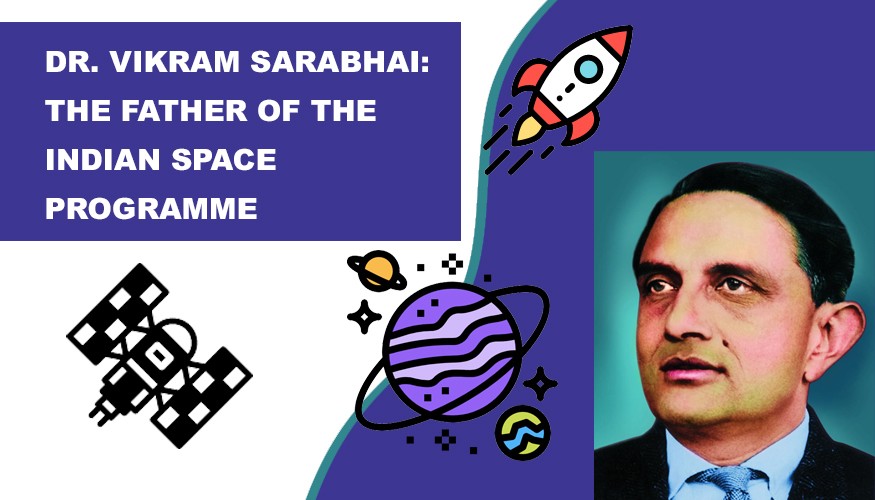 Dr. Vikram Sarabhai was born on 12 august 1919 in Ahmedabad, Gujarat. Vikram Sarabhai's family was into the textile industry. After he completed his intermediate examinations in Gujarat, he then went to England for higher studies. When he came back to India, he joined the Indian Institute of Science in Bangalore to research on cosmic rays.

In 1945, he went back to Cambridge to research on cosmic rays. He earned his Ph.D. for his thesis "Cosmic Ray investigations in tropical latitudes" Later, in 1961, he returned to India and started the Indian Institute of Management (IIM) Ahmedabad along with businessman Kasturghai Lalbhai. Dr. Vikram Sarabhai was the first Chairman of the Space Research Center (INCOSPAR). In 1969, INCOSPAR was renamed as Indian Space Research Organisation (ISRO).

Dr. Vikram Sarabhai was the first person to bring cable TV to India in 1975. He contacts NASA for the establishment of the Satellite instructional television Experiment (SITE). With the governments' support, Dr. Vikram Sarabhai invented the first rocket launch station in India. The center was established in Thumba near Thiruvanathapuram of the Arabian Sea, mainly due to its proximity to the equator. He began a project for the manufacture and launch of an Indian satellite. In 1975, as a result, the first Indian satellite, Aryabhata, was put into orbit from a Russian Cosmodrome.

Dr. Vikram Sarabhai has won many awards for his contribution to the society: