We live in a wonderful world that is full of beauty, charm and adventure. There is no end to the adventures that we can have if only we seek them with our eyes open.
? Jawaharlal Nehru

After the death of Jawaharlal Nehru, his birth anniversary was to be celebrated as Children's Day in India. It was done so because he was very popular with the kids as Chacha Nehru, hence, a resolution was passed in the parliament to and his birthday was proclaimed as Children?s Day.

Children's Day is celebrated across India to increase awareness about the rights, care and education of children. On this day, many educational and motivational programs are held across India, by and for the children.

Children are the torchbearers of the future. Hence, every school celebrates this day with various events like quiz, debates, and cultural programs like dance, music, and drama. Teachers organize and perform various cultural events for the students

Here are few of the young leaders who have contributed for our country:

1) Akrit Jaswal, is an Indian adolescent who has been hailed as a child prodigy and has gained fame in his native India as a physician, despite never having attended medical school. He gained fame for performing surgery at the age of seven. He is a Hindu Rajput of Jaswal clan from Punjab.

According to his mother Raksha Kumari Jaswal, Akrit was an early starter, skipped the toddler stage and started walking. He started speaking in his 10th month and was reading Shakespeare at the age of 5. At 7, he performed an operation on an 8 year old girl whose fingers were fused together after being burnt. Akrit developed a passion for science and anatomy at an early age. Doctors at local hospitals took notice and started allowing him to observe surgeries when he was 6 years old. Inspired by what he saw, Akrit read everything he could on the topic. When an impoverished family heard about his amazing abilities, they asked if he would operate on their daughter for free. Her surgery was a celebrated success.

2) Priyanshi Somani, daughter of businessman Satyen Somani and Anju Somani, started learning mental maths at the age of 6. She studied in Lourdes Convent High School of Surat and was the youngest participant of the Mental Calculation World Cup 2010 and won the overall combination title held at the University Of Magdeburg, Germany on 5?7 June 2010.

Somani claimed the title among 37 competitors from 16 countries, after standing 1st in extracting square roots from 6 digit numbers up to 8 significant digits in 6:51 minutes, 2nd in addition [10 numbers of 10 digits] and multiplication [2 numbers of 8 digits]. She is the only participant who has performed with 100 per cent accuracy in Addition, Multiplication, and Square Root to date in all four mental calculation world cups.

4) Seventeen-year-old Sandhya Kamlesh Sahu is a persuasive communicator and she has put this skill to use for turning things around in Shivaji Nagar, Pune. A slum with dark, narrow lanes and open grounds ? hotspots for sexual harassment and substance abuse. The student has her hands clasped behind her back when she shows people around.

Sahu has been a part of the ?Safe Communities for Mumbai project?, a programme by UNICEF India for protecting children in the most disadvantaged areas of the city. UNICEF has also partnered with NGOs in Mumbai to implement the project.

Sahu has been working with one of the NGOs, Committed Communities Development Trust (CCDT) since she was 9 Successful People don?t become that way overnight. What most people see at glancing happiness, wealth, a great career, purpose is the result of hard work and hustle over time.

Wondering How to Solve Smoking

Problem Solved: You Don't Have

It's Possible to Learn Math th

Yes, You Can Now Make the Best

It's Interesting to Know What

This Brilliant Method Will Mak

Say No to Polluted Rivers! Kno

Transportation Problem Is No M

This Innovation Is the Need of

Is there any problem with wate

Why Are India's Farmers Commit

You Need to Know About This Al

Generate Air and Electricity i

A New Tool In Agriculture For

Insect Trap: A Revolutionary A 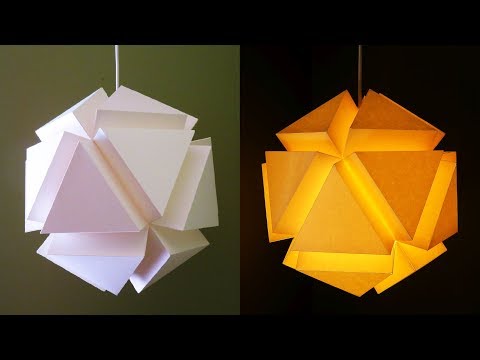 Interesting!! Types Of Motions And the Science Beh

Stay Alert! Stay Safe! Accidents Do Not Knock At Y

Start A Revolution Against Air Pollution?! How? Re

Device which uses Bluetooth to switch off and on l

Make A Wish! Meteor Shower Has Begun! The Star-Wa

United Nations Day: The Day When A Nation Became O

What is Triple Talaq, News, and Punishment!

Ganges River Pollution: A Case Study of Causes of

A Huge Shout Out To The Makers Of The Indian Const

International Day of Women and Girls- Know It's Ob

Why is National Science Day Celebrated in India? H

International Women's Day: Why do we celebrate Wom

Coronavirus: COVID-19| How to keep it off the hook

Students BORED in Lockdown? Top 10 things to do du