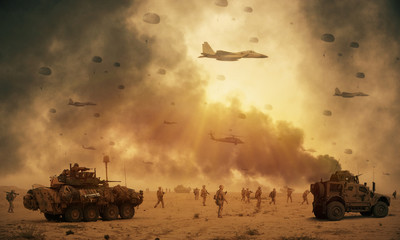 Combat Dust for the First Time in Antarctica!

Scientists studying freshly fallen snow in Antarctica have uncovered a rare isotope of iron in the interstellar dust hidden inside it, suggesting the dust showed up recently. This discovery could give us crucial information about the history of stellar explosions in our galactic neighbourhood.

We know that cosmic dust is drifting down to Earth all the time , tiny bits of debris from the rough and tumble of star and planet formation, sometimes billions of years old. Antarctica is a great place to look for such dust, because it's one of the most unspoilt regions on Earth, making it easier to find isotopes that didn't originate on our own planet.

In this case, the isotope that researchers have pinpointed is the rare 60Fe (or iron-60), one of many radioactive variants of iron. Previously, the presence of this iron in deep-sea sediment and fossilised remains of bacteria has suggested one or more supernovae exploded in Earth's vicinity between 3.2 and 1.7 million years ago.

The new study marks the first time interstellar iron-60 has been detected in recent Antarctic snow - the dust would have fallen from the skies within the last 20 years, the researchers say.

"I was personally very surprised, because it was only a hypothesis that there might be iron-60 and it was even more uncertain that the signal is strong enough to be detected," nuclear physicist Dominik Koll from Australian National University told ScienceAlert.

"It was a very joyful moment when I saw the first iron-60 count appear in the data, because that means that our overall astrophysical picture might not be too wrong."

That picture goes as follows: the Solar System is currently travelling through what's known as the Local Interstellar Cloud (LIC), a pocket of dense interstellar medium that contains several cloudlets of interstellar dust.

If iron-60 has been deposited on Earth in recent years, that helps to validate the idea that our local galactic neighbourhood and its particular make-up of interstellar starstuff may have been shaped by exploding stars.

Further research should be able to tell us for sure. It could also help us to better pinpoint our location in the LIC, and how long the Solar System has been traversing it. "We would expect a sharp increase in flux of iron-60 around the time when the Solar System entered the LIC," the team writes in their study.

The current study involved a highly sensitive mass spectrometry chemical analysis carried out on 500 kilograms (1,100 lbs) of snow shovelled up from Antarctica and carefully transported to Germany ? to one of only two sites worldwide where this sort of analysis can be carried out.

"There are basically no stable iron or other elements abundant in Antarctica which helps a lot for the measurement of 60Fe/Fe ratios," Koll told ScienceAlert. "The snow was taken by shovelling and was packed in storage boxes that were kept below 0