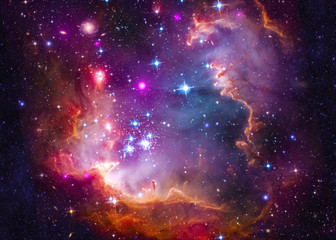 Let?s find out if we are at the centre of the Universe or not!

For all intents and purposes, based on our most advanced cosmological observations, it appears as if we're at the center of the universe. Our Milky Way galaxy is home to hundreds of billions of stars, and our galaxy itself is surrounded by a few other neighbours, including our largest and nearest neighbour, the Andromeda Galaxy, located about two and a half million light-years away from us (in between us and Andromeda is basically intergalactic desert, in case you were wondering).

The Andromeda Galaxy is on a collision course with our own Milky Way, and will intersect us in a spectacular firework show in about 5 billion years. But that's the subject of another article.

Beyond that, on average all other galaxies appear to be flying away from us. the first person to figure this out was Edwin Hubble back in the 1920s, who use the shifting of light from these distant galaxies to measure their speed. And so: the center. Here we are sitting in the Milky Way, and everybody else is trying as hard as they can to get as far away from us as possible. It looks like if the universe is expanding away from us and us alone.

So how is it that galaxies in our universe are so acutely aware of the Milky Way? It's too tight of a relationship for this to just be some random coincidence, so it appears at first glance as if the Milky Way is oddly repulsive and the further away a galaxy is from us the faster it wants to get away. If we're at the center, then this is a very strange center to be at.