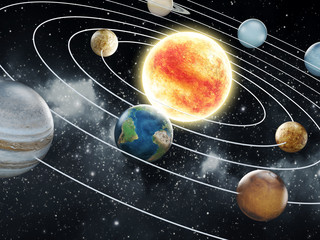 The tiny world of Ultima Thule, which lies at the outer edges of the solar system, is flattened like a pancake, with few craters. As the ball dropped in Times Square this New Year's Eve, the New Horizons spacecraft was fast approaching an approximately 20-mile-long space rock nicknamed Ultima Thule, located a whopping 4 billion miles from Earth. As the spacecraft zipped past the tiny world, it deployed a suite of seven scientific instruments to gather a treasure trove of images and measurements, which it has been slowly sending back to Earth for months. The data dumps will continue until the summer of 2020, but today scientists published their latest findings, based on the 10% of the captured data that had been transferred by March 1. Overall, the new findings paint a vivid picture of a tiny, cold and distant world that has likely changed little since it formed during the earliest days of the solar system, about 4.5 billion years ago.

Some of the most significant results have to do with the shape of Ultima Thule, wrote Alan Stern, the principal investigator for New Horizons, in an email to Inside Science. The earliest images from the spacecraft showed that the object has two distinct sections joined together, a shape that scientists calculated likely resulted from a relatively gentle collision. Later images and analysis revealed the two lobes are also flattened, with the larger lobe (called Ultima) more pancakelike than the smaller one (called Thule). Scientists don't yet know what caused the flattened shape, but offered several possible explanations. One is that Ultima formed from an already flattened cloud of particles. Others suggest that it was created in a head-on collision of two similarly sized objects, or was deformed as it spun rapidly, or even that it was pulled on by the gravity of another object before it merged with Thule.

"These discoveries have strong implications for how planetesimals and hence planets form," Stern wrote.

The researchers also found that Ultima Thule sports a uniform red color, likely from irradiated ice and organic molecules on its surface. Scientists found evidence for the presence of both water ice and methanol. Thule is marked by a depression about 4 miles wide, named Maryland, which probably formed from an impact with another object, but overall the two lobes have only a small number of craters for objects so old.