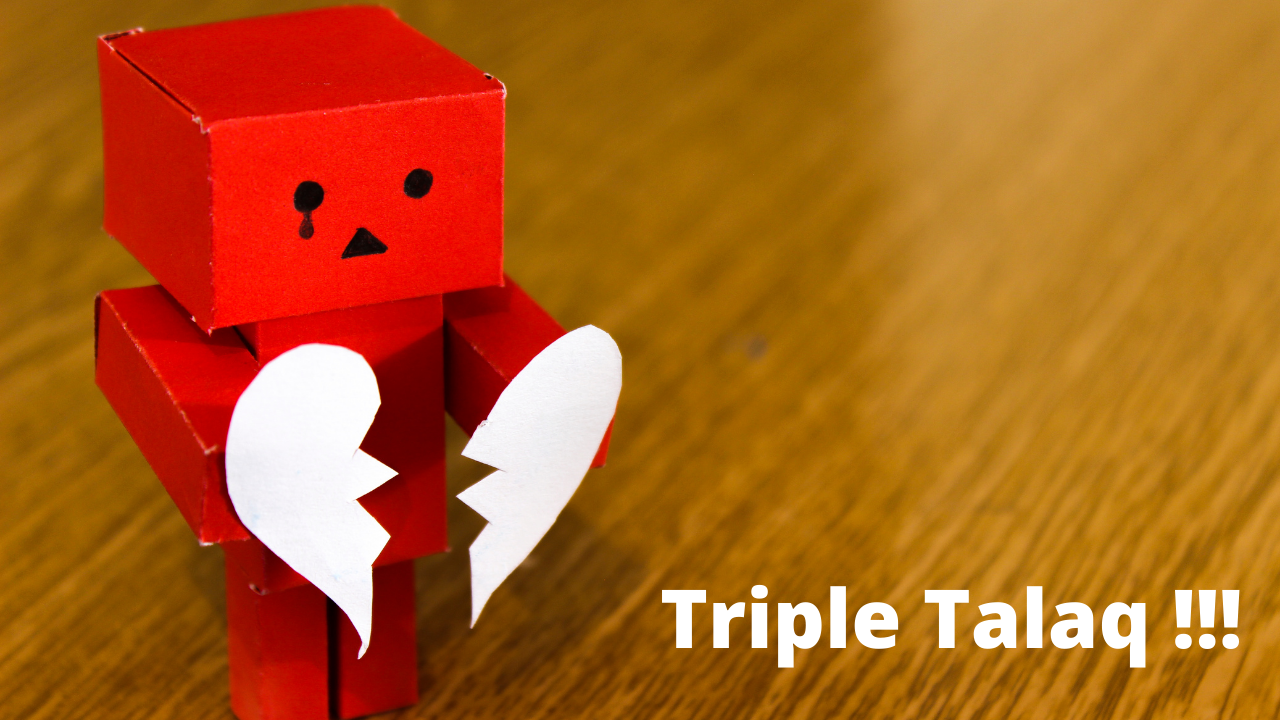 What is Triple Talaq, News, and Punishment!

If a man belonging to the Islam religion pronounces talaq thrice either orally or in written form to his wife, then the divorce is considered immediate and irrevocable.

Talaq is an Arabic word that means divorce. Triple talaq is meant as an Instant and irreversible divorce. Triple Talaq is followed by Muslims of India and people who follow Islam from different countries. In triple talaq, a Muslim husband gives divorce to his wife by uttering the word ?talaq, talaq, talaq? at one go. Once it is spoken, the marriage stands void. It is applicable in both forms, oral and written.

As per Islamic law, in general, there are different types of Talaq for both men and women. For men, under Islamic law, there are three types of divorce, namely Talaq-e-Biddat (triple talaq), Talaq Hasan, and Talaq Ahsan. The significant difference among these divorces is that the triple talaq is irrevocable, whereas the other two are revocable. Triple Talaq is an instant divorce, whereas the other two takes some time and is not instant.

The Muslim Women (Protection of Rights on Marriage) Bill, 2019

The Muslim Women (Protection of Rights on Marriage) Bill, 2019, was introduced in Lok Sabha by the Minister of Law and Justice, Mr. Ravi Shankar Prasad, on June 21, 2019. It replaces an Ordinance promulgated on February 21, 2019.

The Bill makes all declaration of talaq, including in written or electronic form, to be void (i.e., not enforceable in law) and illegal. It defines talaq as talaq-e-biddat or any other similar form of talaq pronounced by a Muslim man resulting in instant and irrevocable divorce. Talaq-e-biddat refers to the practice under Muslim personal laws where pronouncement of the word ?talaq? thrice in one sitting by a Muslim man to his wife results in an instant and irrevocable divorce.