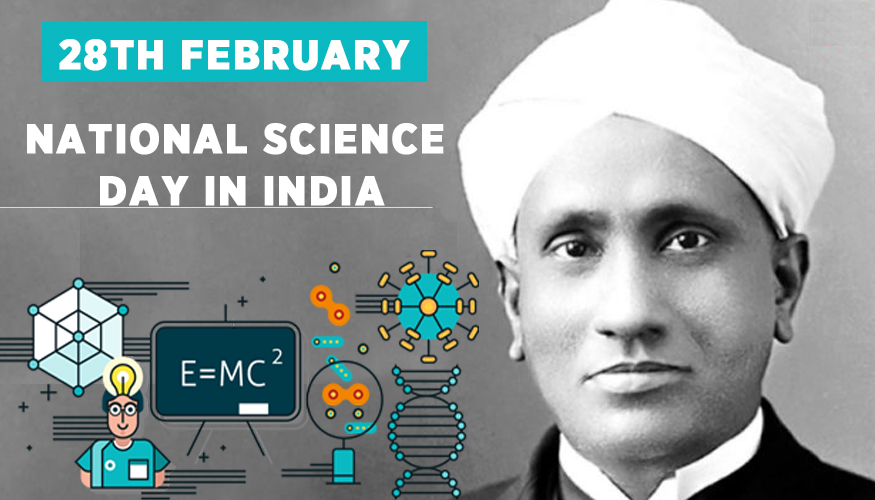 Why is National Science Day Celebrated in India? Here's Everything You Need to Know

National Science Day is celebrated in India on February 28 to remember famous scientist Sir Chandrashekhara Venkata Raman, better known as CV Raman. The great scientist is best known for the discovery of the Raman Effect on this day back in 1928.

In 1930, Sir CV Raman was awarded the Nobel Prize in Physics for his groundbreaking discovery.

What is the Raman Effect?

The Raman effect is the inelastic scrambling of a photon by molecules which are energized to higher rotational energy or vibrational levels. This effect is also known as the Raman Scattering. This phenomenon also forms the foundation of Raman spectroscopy, which is utilized by physicists and chemists to identify more information about materials.

Who was CV Raman?

Born on November 7, 1888, Sir CV Raman was a physicist of Tamil origin who was honoured  with the Bharat Ratna, India's highest civilian award, in 1954. He was a great thinker as well. An advocate of mother tongues, he had once said, ?We must teach science in the mother tongue. Otherwise, science will become a highbrow activity. It will not be an activity in which all people can participate.?

Sir CV Raman was also heavily inspired by nature. ?Science is a fusion of man?s aesthetic and intellectual functions devoted to the representations of nature. It is, therefore, the highest form of creative art,? he had famously said.

This quote by Sir CV Raman remains the most prominent one : ?Ask the right questions, and nature will open the doors to her secrets."

The Significance of National Science Day

The message of National Science Day is to spread the word that Science and Technology should be applied in everyday life. On this day, science enthusiasts and scientists come together as programmes are held to bring the scientific community closer. Educational institutes also hold science fairs and science researchers get a chance to share their innovative and latest work.