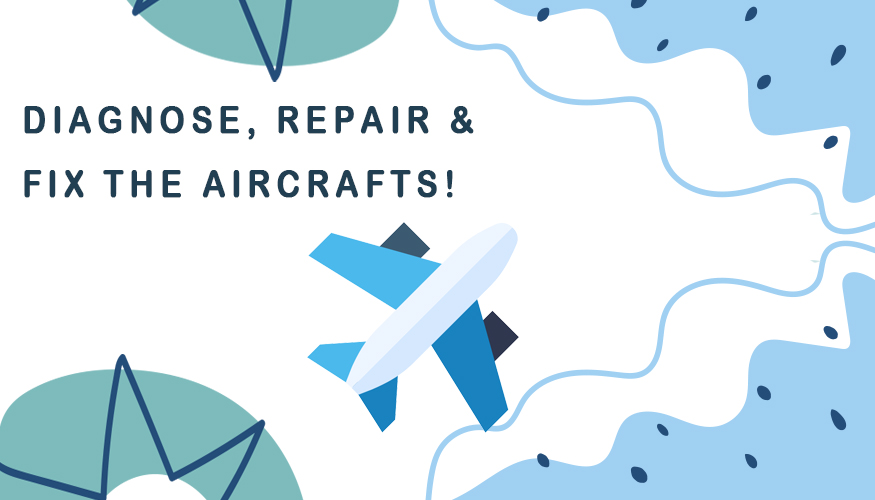 Air Craft Technician: Understanding the mechanics of being an aircraft mechanic and an avionic technician

Aircraft technicians maintain and repair all types of aircraft, including planes, helicopters, blimps and balloons. Job duties include the diagnosis of electrical and mechanical issues, the replacement of defective and worn parts, and the inspection of aircraft on a maintenance schedule in order to prevent problems before they happen. In addition to traditional tasks, some technicians conduct testing on a plane's communication and diagnostic systems or work specifically on electrical systems. Many also choose to work on one specific part of a plane, such as the engine, structure or frame.

What is an Aircraft Mechanic?

Aircraft technicians can earn certificates in aircraft technology, aircraft mechanics, aviation mechanics or aviation science. Some programs offer degrees such as an Associate of Applied Science in Airframe and Aircraft Power plant Maintenance Technology, an Associate of Occupational Science in Aircraft Maintenance Technology, a Bachelor of Science in Aviation Technology or a Master in Aviation Science. Aircraft trade schools offer programs that may be completed in 18-24 months; in addition to formal education, most positions require on-the-job, supervised training.

In order to work in this field, prospective aircraft technicians must be licensed by the Federal Aviation Administration (FAA). In order to obtain a license, candidates must be at least 18 years old, speak fluent English and have a minimum of 30 months of experience working on air frames and engines. The completion of a formal education training program approved by the FAA may substitute for the experience requirement. Candidates must successfully pass written, oral and practical examinations.

What does an Aircraft Mechanic do?

An aircraft mechanic typically does the following:

What is the workplace of an Aircraft Mechanic like?

Employment of aircraft mechanics is concentrated in a small number of industries. The majority work for private companies and about 15% work for the federal government. Aircraft mechanics work in hangars, in repair stations, or on airfields. They must often meet strict deadlines to maintain flight schedules, yet still maintain safety standards. This is quite stressful at times.

The work can be noisy from loud aircraft engines. Workers must often bend, stoop, and reach from ladders and scaffolds. Most aircraft mechanics work full time with some overtime. Weekend work is common.

Most aircraft mechanics who work on civilian aircraft have some sort of official certification. Mechanics that have this certification are authorized to work on any part of the aircraft except electronic flight instruments, which is the job of avionics technicians.