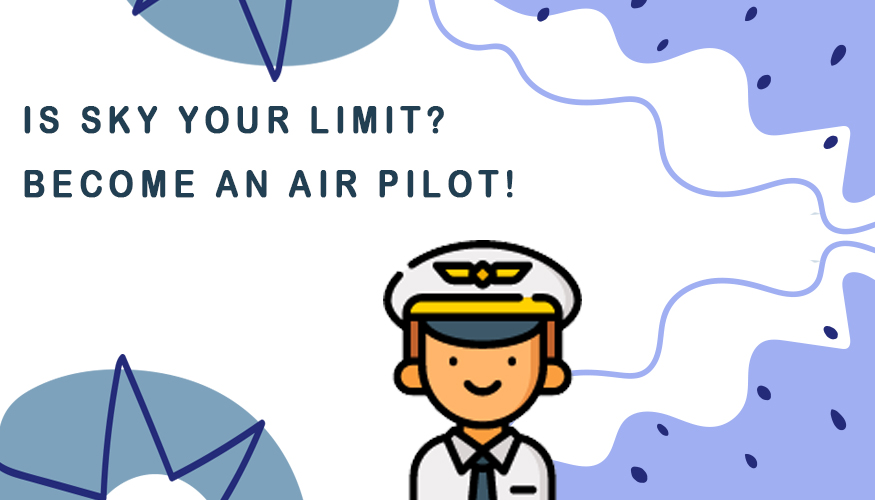 Two pilots usually man a cockpit unless the plane is small. The pilot with the most experience, commonly known as the captain, is in charge of the flight. The pilot in conjunction with the co-pilot, also known as the first mate, share flight responsibilities. Larger airplanes usually fly with flight engineers. These professionals monitor the engines and mechanical systems, as well as perform in-flight maintenance. A flight engineer additionally helps pilots with communication with crew members and air traffic controllers. State of the art automated flight technology conducts many of the plane's operations.

To become a pilot you need a bachelor's degree in aircraft operations, aviation, aeronautical engineering, or a related field. In addition, you will complete up to two months of ground training and need more than 1,500 hours of flight experience.

The educational qualification for becoming a Flight Engineer

Bachelor's Degree in Mechanical, Electrical or Aeronautical Engineering. They should have a better understanding of flight theory and flight maintenance. They should have the ability to work under pressure as this is a risky job.

Pilots are away from their homes and families for extended periods of time. If a pilot cannot return to their homes during a layover, airline companies pay for their hotel rooms, food, and transportation expenses.

There are safety hazards associated with commercial flight. Flying new planes or those recently construction can be dangerous for test pilots. Crop dusters are sometimes exposed to hazardous chemicals. Helicopter pilots that perform search and rescue missions face many dangerous.

Flying does not cause a lot of physical stress, but it can cause considerable mental stress since pilots are responsible for the safety of their passengers, and it is difficult flying in poor weather. Pilots must respond quickly to problems especially when landing or taking off.

What is the workplace of a Flight Engineer like?

Flight engineers spend the majority of their time on the airplane itself. As a result, working hours are often unpredictable due to constant flight delays and changes in schedules. They often have to work on late night flights and travel across the country or the world. This means that there can be little time spent at home. When not in the air, most of their time is still spent at the airport alongside the aircraft. This is a definite advantage for those who dislike a traditional office job.

How do flight engineers help the air pilots

A valued crew member of any airplane, a flight engineer is responsible for ensuring that all components of the plane are in proper working order. It is their duty to make any of the repairs if a mechanical issue does arise. Flight engineers are also used to interpret complicated flight-related gauges and instruments, and to help pilots with navigation. Unfortunately, several of these duties have been diminished due to the emergence of automated computer programs, capable of performing several of the same duties at a much lower cost.

Regardless, flight engineers are still widely used by the military and by companies with larger aircraft. This is because military aircraft use the most recent technology, operate under different systems than commercial airlines, and are at higher risk of attack or mechanical problems. Certain countries also have laws requiring all three and four engine airplanes to carry a licensed flight engineer.

Becoming a pilot makes you smarter. You'll gain knowledge that you never thought you would need to know. You'll become a better planner and a logical decision maker. You'll learn good resource management, how to be patient and how to operate safely, with a sense of urgency