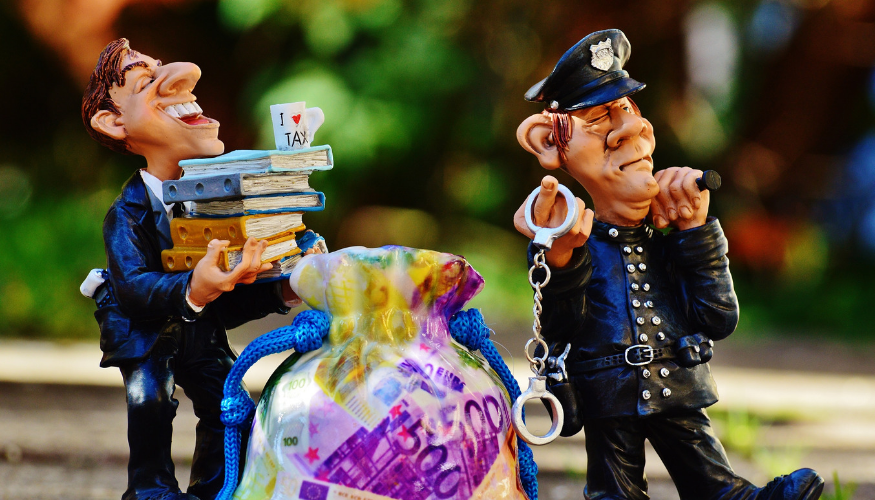 Want To Play Sherlock In Real Life? Becoming An INCOME TAX OFFICER Could Probably Be The One!

Since we?re going to be dealing with a little dry topic, let?s start off with a joke. What is the difference between tax avoidance and tax evasion? The jail walls!

What's the difference between a taxidermist and a tax collector? The taxidermist only takes the skin.

WHAT IS THE INCOME TAX DEPARTMENT?

The Income Tax Department (also referred to as IT Department or ITD) is a government agency undertaking direct tax collection of the Government of India. It functions under the Department of Revenue of the Ministry of Finance. Income Tax Department is headed by the apex body Central Board of Direct Taxes (CBDT). The main responsibility of IT Department is to enforce various direct tax laws, most important among these being the Income-tax Act, 1961, to collect revenue for Government of India. It also enforces other economic laws like the Benami Transactions (Prohibition) Act, 1988 and the Black Money Act, 2015.

WHO IS AN INCOME TAX OFFICER?

An income tax Inspector is usually posted in the Assessment Section or Non-Assessment Section. In the Assessment section, the job is on-desk dealing with auditing and handling issues such as tax refund TDS, etc. Whereas in Non-Assessment Section their job includes intel and evidence gathering on possible defaulters by conducting rails with field teams. Duties of Income Tax Inspector includes assessment of tax returns and reporting possible discrepancies in the returns filed by the individual/companies etc. Income Tax Inspectors are part of the Department of Income Tax, which functions under the Central Board of Direct Taxes (CBDT), which is a statutory authority that deals with matters relating to levy and collection of direct taxes.

HOW TO BECOME AN INCOME TAX INSPECTOR?

The minimum education requirement for the SSC CGL is Graduation in any discipline.

THE SUBJECTS INCLUDED IN THE COMPETITIVE EXAMS ARE AS FOLLOWS:

SOME INSTITUTES THAT HOLD COACHING CLASSES FOR SSC CGL AND OTHER COMPETITIVE EXAMS FOR GOVT. JOBS:

There are ten training institutes set under the banner of DTRTI located at Mumbai, Lucknow, Kolkata, Hazaribagh, Delhi, Chennai, Chandigarh, Bhopal, Bangalore, and Ahmedabad. These training institutes are equipped with the latest technology and advanced training methods for training government personnel.

Being an income tax officer is a highly decorated position and brings you secured pay. It is an excellent career option, because, to quote Benjamin Franklin ?IN THIS WORLD NOTHING IS CERTAIN EXCEPT DEATH AND TAXES.?