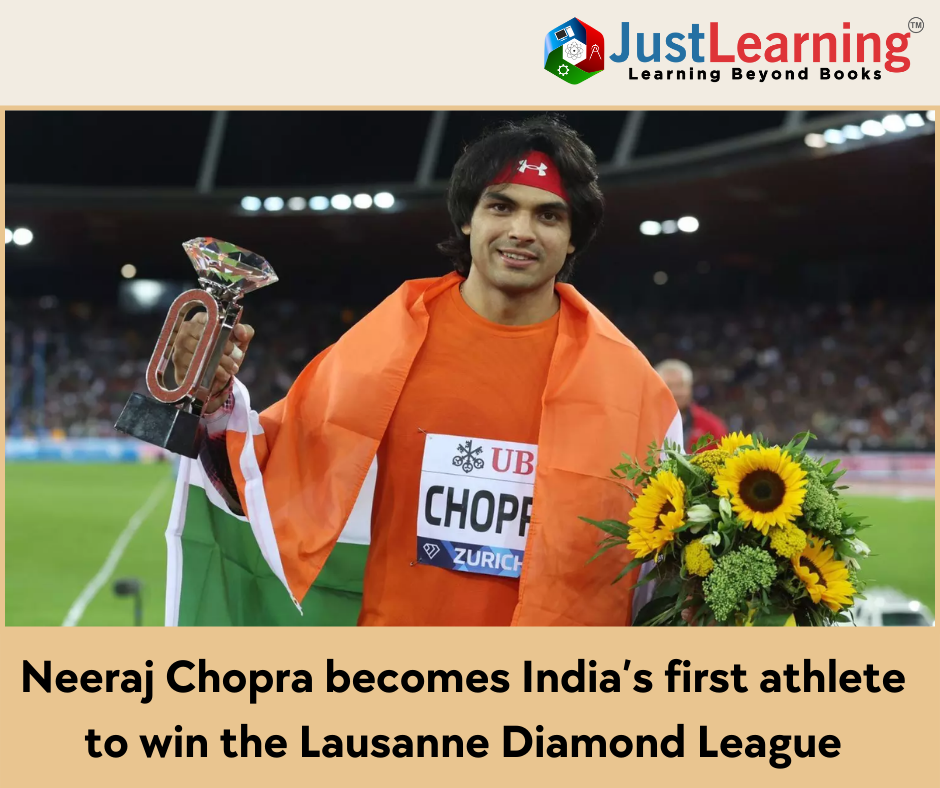 Tokyo Olympic gold medalist Neeraj Chopra has become the first Indian to win the prestigious Zurich Diamond League Final 2022 in Switzerland. Neeraj Chopra started with a foul but rose to the top spot with a throw of 88.44m – the fourth best of his career – in his second attempt, and it turned out to be his winning effort. He did 88.00m, 86.11m, 87.00m and 83.60m in his next four throws.
He was also awarded the Diamond Trophy, prize money of US$30,000 and a wild card for the 2023 World Athletics Championships in Budapest, Hungary. Czech Olympic silver medalist, Jakob Vadlge finished second with a best throw of 85.88m. While Curtis Thompson of the United States finished third with a best throw of 83.72m.

.
He has become the first track and field athlete to win an Olympic gold medal for India and the second Olympic athlete to win for India after Norman Pritchard, who won two silver medals at the 1900 Summer Olympics for India. He made his debut at the 2018 Commonwealth Games and 2018 Asian Games, where he was the opening flag-bearer. In both games, he won gold medals.