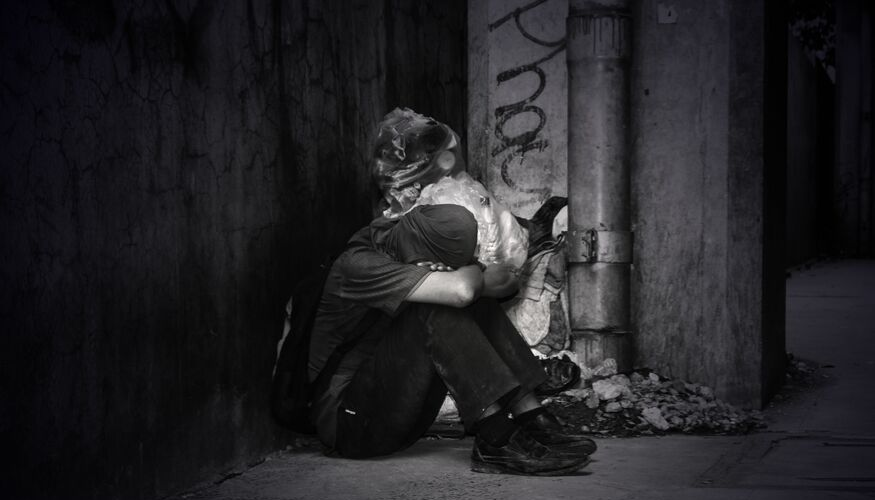 A Chef For The People: Tackling Homelessness One Meal At A Time?Find Out!

Food is historically known for bringing people together even in the most difficult of circumstances. Food is often associated with feelings of nostalgia and celebration typically, but due to the rapidly growing population of India leading to a shortage of food resources, food today for many is a source of anxiety. Every so often, however, a human being appeals to the humanity of the rest of the world to pay heed to those who are suffering and inspire others to take initiative in the same. One such human being is Narayanan Krishnan.

Narayanan Krishnan is an incredibly talented chef who had been working at Taj Hotels, Bangalore until 2002. He was on a career high, having a prestigious position in a hotel in Switzerland lined up along with several accolades and awards to his name when in 2002 he witnessed a particularly distressing incident involving homeless man consuming his own feces from hunger. This changed Mr. Krishnan?s perspective on life and the importance of the work he was doing in society and it was in this state of mind that the decision to create the Akshaya Trust.

The Akshaya Trust is dedicated towards helping the homeless, sick, elderly and mentally destitute individuals by providing a clean residence, food and rehabilitation in order to restore human dignity. Narayanan Krishnan left his well-paying, illustrious career in order to feed those he believed genuinely needed it and we?re struggling to fend for themselves. Utilizing his own personal savings, he fed around 30 people. In 2003, he began to serve freshly-cooked meals, and has since served over 1.7 million meals as of August 2011. In 2010, with the intention to expand the trusts horizon, they began Akshaya USA and also to facilitate the trusts work on H.E.L.P. in addition to feeding and rehabilitating homeless, physically and mentally ill individuals. He was also in the CNN Heroes of 2010 list as well.

Additionally, Akshaya Home was inaugurated in 2013, which consisted of dormitory facilities along with all basic amenities and medical facilities for the use of senior homeless members and mentally ill persons. This establishment was phase I of this project and due to the fact that the dormitory was full within 6 months of the inauguration, Akshaya has embarked on Phase II in order to accommodate more people that need it. It is commendable to note that Akshaya Home within Phase I itself was instrumental in rehousing 450 homeless persons.

It is a refreshing and truly respectable act that led Narayanan Krishnan on this journey to help those who cannot help themselves and ensure that every person, no matter of what socio-economic background, should have appropriate access to basic food, water and shelter. The nation needs more individuals like him who value humanity over riches and other selfish wants all of us human beings are otherwise guilty of. Narayanan Krishnan is a prime example to all of citizens who wanted to help people, provides the resilience to go through any amount of hardship to see it through and is a representation of what all of us are capable of, with some initiative.