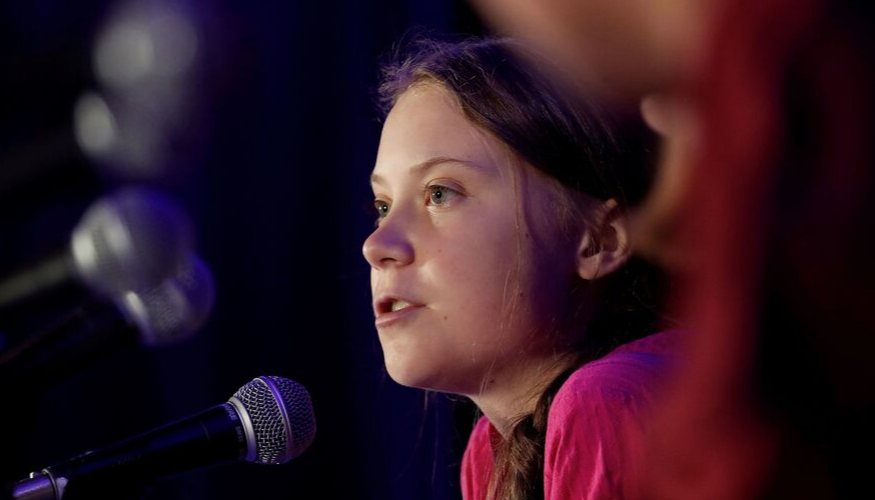 Be The Change You Wish To See In The World! Greta Thunberg.

We all know about the ill effects of human interventions in the ecosystem. We produce nothing but additional hindrance to the already existing environmental imbalances. There have been devastating calamities through the past two years like the amazon fires, Kerala floods, Papua New Guinea: Earthquake, North Korea: Floods, Pakistan: Heat Wave, Nigeria: Floods, Japan: Floods, Guatemala: Volcanic Eruption and Indonesia: Tsunami, Earthquakes. Aren?t these enough eye openers?

These natural calamities are a shout for help. We?ve got to act fast and act now!! If not now then there might not be anything left for the next generation but ashes. Let?s rise ensemble because world peace is in jeopardy.

One bright example of change is Greta Thunberg who brought about a change in the climate crisis scenario and is nothing less than a youth hero. In August 2018, when she was 15, Thunberg took time off school to demonstrate outside the Swedish parliament, holding up a sign calling for stronger climate action. Soon, other students engaged in similar protests in their own communities. Together they organized a school climate strike movement under the name Fridays for Future. After Thunberg addressed the 2018 United Nations Climate Change Conference, student strikes took place every week somewhere in the world. In 2019, there were at least two coordinated multi-city protests involving over one million pupils each.

Thunberg is known for her blunt, matter-of-fact speaking manner, both in public and to political leaders and assemblies, in which she urges immediate action to address what she describes as the climate crisis. At home, Thunberg convinced her parents to adopt several lifestyle choices to reduce their own carbon footprint, including giving up air travel and not eating meat.

In May 2019, Thunberg was featured on the cover of Time magazine, which named her a "next generation leader" and noted that many see her as a role model. Thunberg and the school strike movement were also featured in a 30-minute Vice documentary titled Make the World Greta Again. Some media have described her impact on the world stage as the "Greta Thunberg effect".

The world is full of people who want a change but don?t want to change. Know the difference. It is important to show courage for change as the ?civilized society? that we are. Change starts with you. It begins when you stop dreaming and start acting. It begins when your wish list turns into your to-do list. Make agendas and strive to achieve them. Plan strategies and work by them. Preach morality and principles and live by them. That?s how you give birth to change.