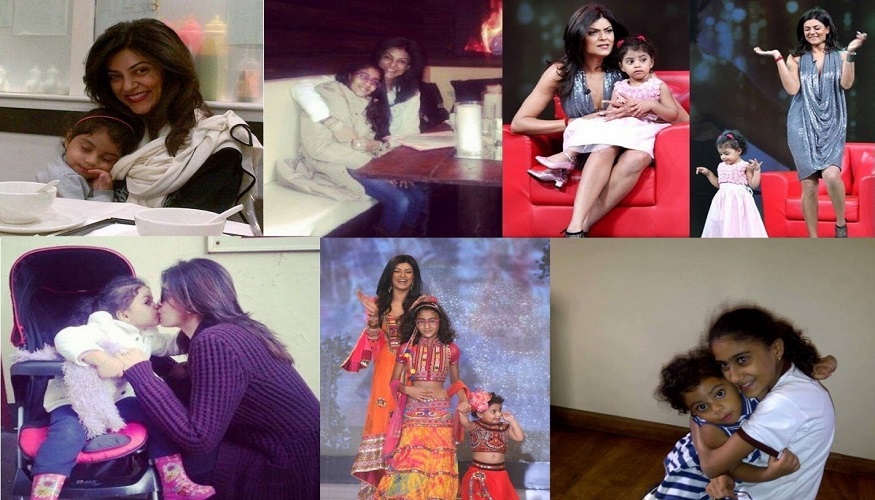 In 1994, Sushmita Sen stole hearts across the globe when she won the Miss Universe title. Following her win, she celebrated a year of new adventures, with exhilarating travel and life-changing experiences. After a year, she stepped into the world of films and shot to fame, powered by not just her sensational good lucks but also her charming personality. While she achieved the dream of success, there was another dream she envisioned: one of adopting her own child.

Sushmita Sen had adopted her first baby girl, Renee in the year 2000 and second baby girl, Alisah in 2010.

Bollywood actress and former Miss Universe Sushmita Sen has been always at the forefront of setting some serious mother-daughter goals. The actress is a mother to two beautiful girls Renee and Alisah. Her Instagram handle is flooded with pictures of the mother-daughter trio. The trio of these ladies never fails to amaze the netizens and always leaves a smile on their faces.

Unlike her other plunges into the unknown, Suhsmita?s plunge into instant motherhood was something she had to grapple with. ?The night before I brought her home, I was throwing up all through the night - nervous as a bride. That night, I had decided I was going to be a mother - but I didn?t know-how. I kept asking how will I do this? Now, everything works.?

?Tomorrow, or whenever I do choose to marry,? Sushmita says, ?Renee will always be my first child. She will take her place as the first of my children, the eldest of the siblings. And I?m not afraid of telling her that unlike other children, she has been born from my heart.?

Breaking news to her daughter

Speaking about how she broke the news of adoption to them, Sushmita said that she explained it through a game. "We played opposites, tall short, and all that. She then said adopted and biological. So Renee said 'I'm adopted?' She said yes, biological is boring. You are special, you're born from the heart. And then she would tell everyone else, 'You're biological? You're boring'. I'm so glad that it worked both times like magic," she said Sushmita also revealed that she wanted the girls to find out about their real parents once they turn 18.