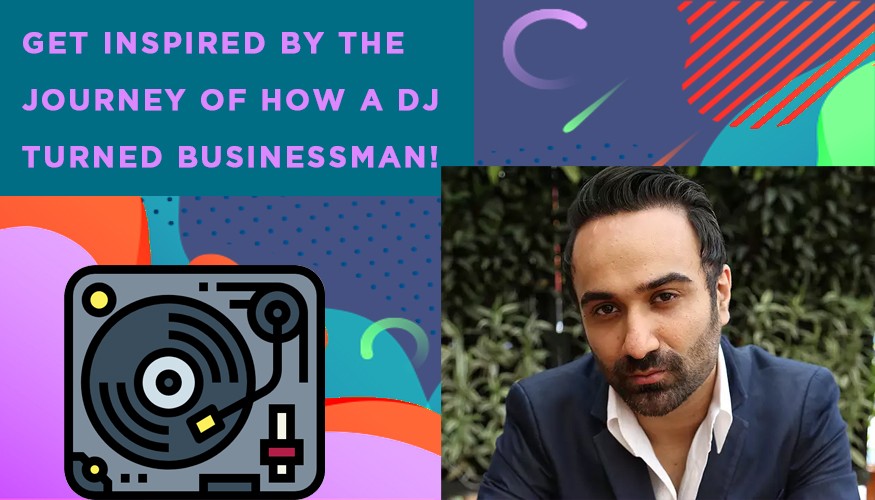 Bunty Arora: An Inspiration To Steer Your Entrepreneurial Instincts...Find Out!

Today we are going to learn how a DJ became a successful entrepreneur!

Bunty Arora is a man with more than just a plan. While most other 22 year olds were figuring out the direction of their careers, Bunty Arora a graduate from the London School of Sound was well on his way to carving a successful career in the music industry. On completion of his studies, he left Europe and returned to India to make it big in Music Production. In the early days as a novice, he made a lot of mistakes, but he was resilient. He saw an opportunity and grabbed it. He believes, ?The best of businesses are born out of the simplest of ideas.?

Bunty commenced his journey with Universal Music India with his debut artist label titled, ?B-Projekt?. While his early days were spent performing on sets at popular nightclubs and gaining an in depth knowledge about music and the nightlife business, it wasn't long before Bunty learned the tricks of the trade and moved on to becoming one of the first in the business to promote artists and well known clubs like Prive and Enigma. As a music producer, he made a lot of mistakes, be it the first song or first composition. According to Bunty, it is crucial to make mistakes because you get to learn a lot from them. Mistakes have been his only mentor in life. So he believes in the good old saying, ?Failures are the pillars of success?.

As an entrepreneur with multiple avenues in business, stress levels are going to be high. To beat this stress one must have a routine and stick to it. Success is very relative and he measures success with happiness and not money. He workouts 3-4 times a day and plays tennis to keep fit.

Bunty?s wide experience of many domains gave him the required knowledge and skills. His journey led him up and down many paths where he stretched himself to a great extent. There came a time when he had to step back and focus on health. At this moment, he knew he had to venture into the healthy food industry. Bunty Arora is a DJ turned entrepreneur who is now helping Mumbaikars eat intelligently. Flax, his flagship venture, is an on-demand health food restaurant that promotes healthy eating by not compromising on taste. They don?t believe in diets that leave you starving, instead help you put together the right meal that satisfies your taste buds, fills your appetite and keeps you in good shape at the same time.

Flax was an outcome of his personal health needs. Due to his hectic night schedule he wasn?t sleeping well. He had to find a solution to eat healthy all the time. That?s how he founded Flax. Today, stress levels have considerably gone up. It?s ten times more than what it used to be. Almost everyone is facing health problems arising out of stress. Only a few engage in yoga, sports and workout as a means to beat the stress levels. A majority are not able to find a convenient time to hit the gym regularly. You can reduce your stress by feeling good, by eating right and avoiding junk food. Junk food has its own side effects that catalyze existing stress in your system. He felt that was the right time to launch Flax as there was a lot of confusion over diet food, what had to be eaten and when. Flax food is nutritious and is easy on your digestive system.

Ten years into the entertainment and hospitality industry and the entrepreneur added several feathers to his cap. He is now the proud owner of the standalone establishments such as Yazu: Pan Asian Supper Club, Doppio bar and Brasserie, Tryst and Flax It Up - Healthy Living. These restaurants and clubs are award winning ventures and they have considerably shaped Mumbai's nightlife and dining scene.

Apart from the hospitality industry, Bunty has also made a mark in the lightning industry and was heading the Asian division of the Spanish based lightning brand, LED control with an aim to "Light up Mumbai" no pun intended! He was also the official distributor in India for the German software company, Madrix for a short while.

For Bunty a good book is like a mentor. One of the books he loves is ?Zero to One? by Peter Thiel, which is a good read for startup founders. His advice to aspiring entrepreneurs is, ?Think big start small?.

We need to re-define success by delinking it with social acceptance. True success is to identify one?s passion and work towards materializing it. There is no greater happiness than satisfaction and Bunty Arora exemplifies it with every new venture he steps into. That?s not to say that entrepreneurship is an easy path. After all, there are no roses without thorns.