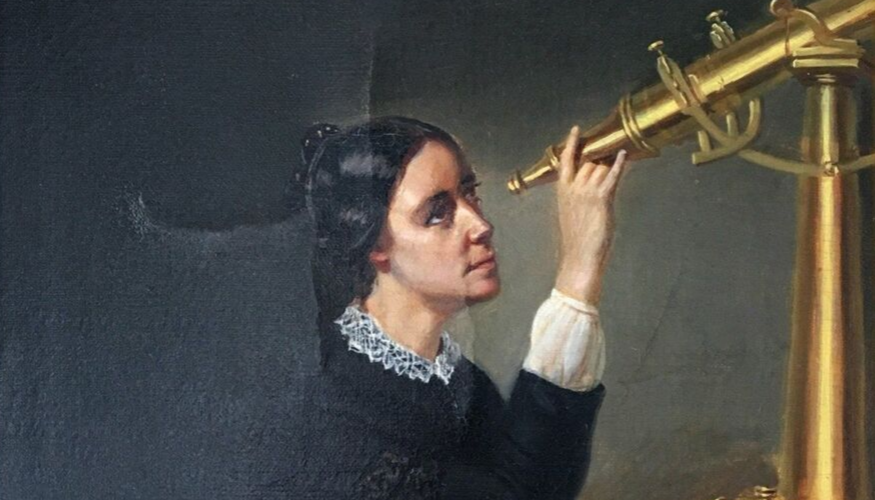 Fascinated by the sky and stars? Presenting a fascinating story of Maria Mitchelle

When you look up into the sky at night you see the stars as pretty twinkling lights. An astronomer admires the beauty of the stars and other celestial objects and wants to learn what they are and how they work. An astronomer is a scientist who tries to understand and interpret the Universe beyond Earth and the Earth within the Universe.

Astronomy is a great challenge.

That?s why curiosity and a motivation to know and understand more and more are so important for prospective astronomers. They try to answer such questions as: How did the stars and planets form? Why does the night sky look the way it does? How did the Universe get here and when will it end? Once they ask those questions, astronomers have to combine rigorous logic with leaps of intuition to try and answer them.

Maria Mitchell is best known for being the first professional female astronomer in the United States. She discovered a new comet in 1847 that became known as "Miss Mitchell's Comet."

Who Was Maria Mitchell?

Maria Mitchell was an astronomer who studied astronomy on her own time with the support of her father. In 1847, Mitchell discovered a new comet, which became known as "Miss Mitchell's Comet," gaining her recognition in astronomy circles. She went on to become a professor of astronomy at Vassar College in New York, tracking and taking photos of sunspots with her students.

Astronomer and educator Maria Mitchell was one of nine children born to Quaker parents William and Lydia Mitchell on August 1, 1818, in Nantucket, Massachusetts, where she was raised and received her early education.

Mitchell's father, recognizing her interest in the heavens at an early age, encouraged her interest in astronomy and taught her how to use a telescope. She worked as the first librarian at the Nantucket Atheneum library from 1836 to 1856, all the while still gazing at the sky at night, studying solar eclipses, the stars, Jupiter and Saturn.

On October 1, 1847, a 28-year-old Mitchell, while scanning the skies with her telescope atop the roof of her father's place of business, the Pacific National Bank on Main Street in Nantucket, discovered what she was sure was a comet. It turned out that she was right, and what she had spotted was, in fact, a new comet, previously uncharted by scientists. The celestial object subsequently became known as "Miss Mitchell's Comet"

Modern astronomy requires the use of most modern and advanced technologies, e.g. in fabrication of modern telescopes, in building, imaging and specterscopic equipment to observe and analyse radiation received from the celestial objects. It needs fast computers, state-of-the-art software to handle data and process images, it needs stable space platforms to observe radiation otherwise blocked by the Earth's atmosphere.