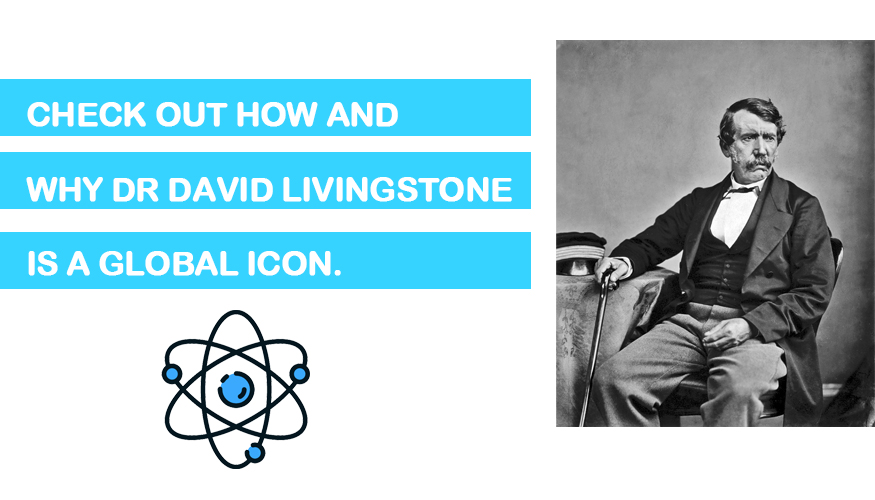 David Livingstone developed a burning compassion for the people of Africa. The slave traffic shocked and sickened him and he vowed to devote his life in stamping out this evil practice.

He watched the fears and suspicion of the Africans melt when he applied his healing medicines and tried to teach them better ways of living and moved on to new tribes and unexplored fields.

With every step forward, this crusader ventured into exciting and dangerous adventures. Leading his caravan, he would fearlessly greet tribesmen who had never before seen a white man. He would bargain cloth, beads and implements for their friendship. Later he would treat the sick with his medicines and when he won their confidence by his treatments, he would work among them for weeks or months. On Sabbath mornings, he would gather people and preach with stubborn determination.

His work as a doctor was very important to his preaching. He demonstrated the use of quinine in treating malaria. During the first 5 years of his work, he himself had 31 attacks of fever. Without quinine he could not have lived. He saved a whole lot of families and tribes.

Dr. David Livingstone?s feats of exploration ranked with the greatest. He explored 1/3 of the huge continent ? from the Cape almost to the equator and from the Atlantic to the Indian Ocean. He opened up a vast unknown area of the earth?s surface than any other single man.

He charted all the regions he visited and sent precise reports to the Royal Geographical Society in London.

Dr. David Livingstone, denounced slavery at every turn. He requested the British Government to help stop the slave trade. He wrote ?Missionary Travels? the first of several books and became a famous man. The Queen gave civil authority to Dr. David Livingstone in dealing with the African tribes. She also gave authorization for another expedition and exploration of Eastern and Central Africa. For the next 6 years. Dr. David Livingstone was an explorer rather than a missionary. He established schools, mission points and trade routes. Wherever he turned, he saw Churches thriving, children being educated and sanitation practice taking root. Yet he was not satisfied, for he had one unfulfilled dream to discover, the sources of the Nile, so that European trade might come from the north to the interior of Africa. So in 1866, he undertook the dangerous task of exploring the watershed between Lake Nyasa and Lake Tanganyika. From the time he left on this memorable expedition, only one man saw him alive. On this expedition, he met with every possible discouragement. For more than 2 years there was no word of the missionary explorer. Two relief expeditions were sent out and both of these failed to locate the Good Doctor.

Star reporter of New York Herald, Henry Stanley, sensing the journalistic possibilities of a story on the lost doctor missionary in the heart of Africa, set out in search of him. Henry Stanley assembled a party of 192 members and started westward in February 1871. He searched for the brave doctor in the dark interiors of Africa. On 10th November he at last arrived at Ujiji to find the doctor/preacher very emaciated, but erect and dignified as ever. For 2 years Dr. David Livingstone had been living outside civilization without medicines or essentials. Hendry Stanley came just in time to deliver them. But for all of Stanley?s pleading, Dr. David Livingstone refused to return with him to England. He said ?I still have much work to do?. So Henry Stanley turned back disappointed only carrying with him material for dispatches. Dr. David Livingstone was the most talked of man to this day.

At an Ilala Village, one evening, just before dawn he passed away. Thousands of his converts came to pay their last respects. On 18th April, 1874, Dr. David Livingstone was laid to rest in honour in West Minister Abbey.

Dr. David Livingstone carried the light of faith and freedom to the world?s most backward area Africa which became a charted land open to settlement and trade. He led a ceaseless crusade against slavery, superstition and illiteracy. He was indeed one of the world?s greatest doctor/missionary of all times.