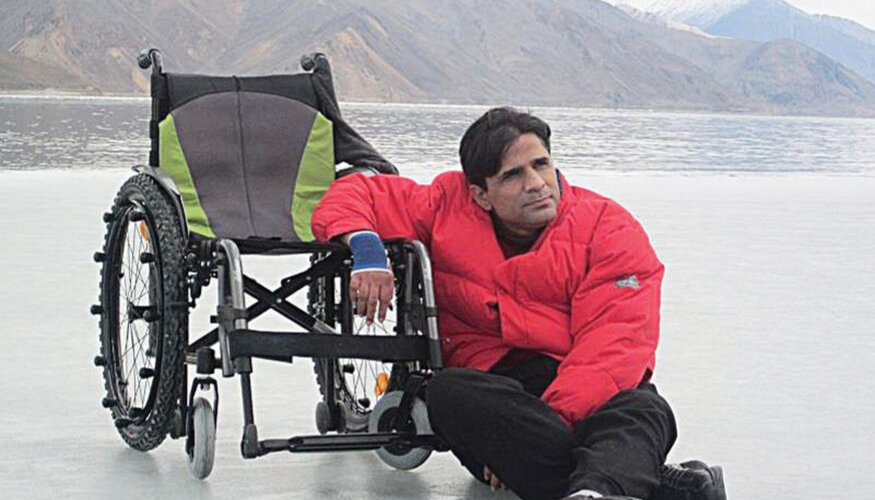 Each one of us is a different being, with a different mind of our own and different personality traits that are distinguishable in all aspects. Thus, evidently we lead different lives and run our races in our own unique pace and track. Furthermore, since everything about you is so different, why compare yourself to someone who isn?t running the same race as you? Don?t compare your chapter 1 to someone else?s chapter 15. Follow your own path, write your own life story, and never give up on yourself. Here?s your dose of inspiration that?ll make you want to be the best version of you. For a man who was declared ?permanently 100 per cent disabled? at the age of 22, following an injury he had sustained during his final days of training at Indian Military Academy, Navin Gulia, is an epitome of courage and resilience.

Doctors told him that he would need two attendants to look after him and he won?t be able to do anything on his own for the rest of his life. But Navin did not agree to live by those words. He learned to move around on a wheelchair by himself, started driving a modified car with a hand-operated accelerator and brake, and in 2005 drove all the way from Delhi to the top of Marsimik La, the highest motarable mountain pass in the world at 18,632 feet.

He covered the distance of 1110 km from Delhi to Marsimik La in 55 hours, driving almost non-stop, in life threatening conditions. ?Marsimik in Tibetan means death trap,? says Navin, who is now a motivational speaker and social worker. His Marsimik La expedition got him an entry into the Limca Book of World Records.

Navin, now 46, is mostly involved in the activities of ADAA (Apni Duniya Apna Ashiana ? which means Our World Our Home), an NGO he founded in 2007. ADAA is an effort aimed at helping, assisting and guiding the lives of underprivileged, orphaned, abandoned and differently able children in the weaker sections of the society. Navin recently appeared in Kaun Banega Crorepati. He is an adventurer, acclaimed writer and a social reformer. Navin wants to empower these girls. Navin's wife Deepa Govekar accompanied him on the show. Navin and Deepa won Rs 12.5 lakh on Kaun Banega Crorepati 11 which will be a big help for the charitable trust that he runs. He is an absolute epitome of strength and courage. Even the mightiest problem shall shrink down to nothing if you believe in your capabilities and never think of surrendering.