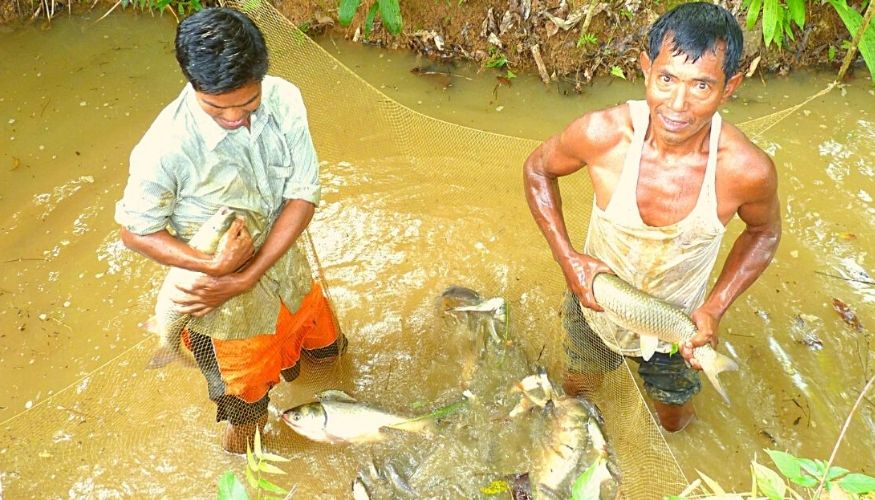 As a young child, Rithson R Marak got interested in fish farming after seeing his father feed the fish after long days in his field, in Meghalaya?s Nengmandalgre village.

Years later, when he was working as a peon in the state Education Department, he realized its potential and began constructing a fish pond measuring around 0.3 hectares in 1983 to supplement his income.

With just his hands and a few implements, he painstakingly built the fish pond over the course of three years. By 1986, he began fish farming, becoming the first person in his village to take it up.

Today, Rithson, who retired last year from government service after working as a peon in the state Education Department, has three fish farms measuring a cumulative 0.6 hectares.

Rithson has immensely benefited from various schemes under MSAM. Aside from fine-tuning his knowledge of fish farming with the latest techniques, the fisheries department also gave him resources to construct another 0.1-hectare pond, besides offering assistance in recent years for procuring feed and other equipment.

Thanks to these initiatives, from selling 300-400 kg of fish in a year, his yield has gone well beyond 500. He also learned about what type of fish to rear and added two new varieties to his list.

?If we had more people like him, we would have already achieved our target to become self-sufficient in fish production,? says East Garo Hills Deputy Commissioner Swapnil Tembe.