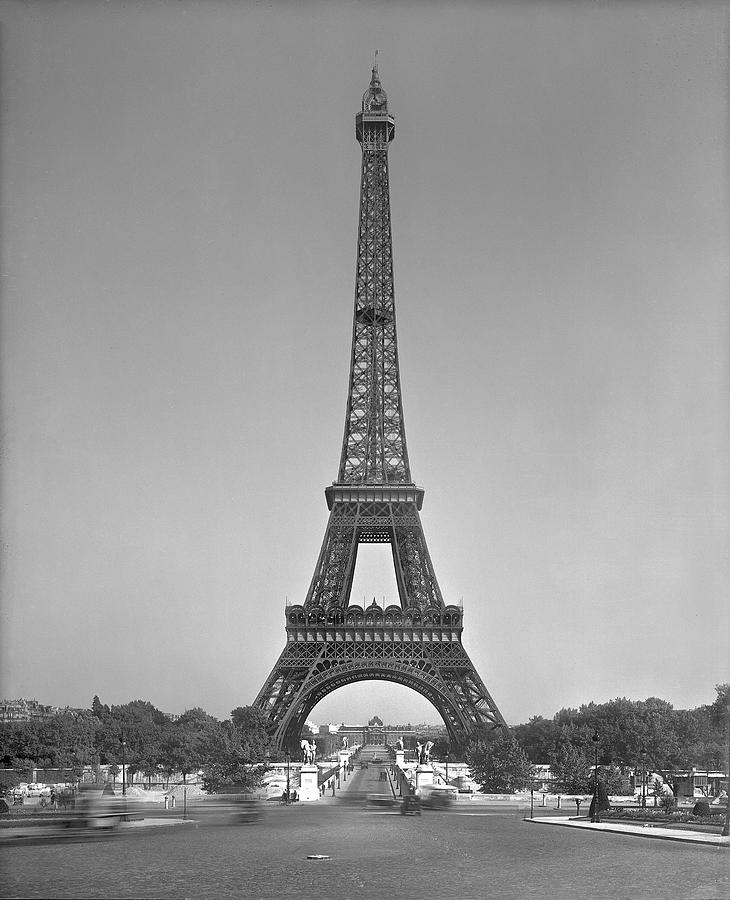 Monsieur Eiffel and his tower: The History Behind the Eiffel Tower.. Find Out!

Gustav Eiffel was born into a prosperous family in Dijon in 1832. He was a science student and very inclined towards Engineering. Though he failed his entrance exam to the French Polytechnic Engineering School, he managed to graduate from the Central School of Engineering in Paris and went to work for a railway construction company. For 2 years, he was immersed at the drawing board turning out conventional plans.

In the 1850s, Europe?s Railways were expanding rapidly. Their most serious bottle neck was the building of bridges which were still constructed mostly by masonry and required tremendous expenditure of skilled labour. That was the time when Gustav Eiffel decided to use prefabricated structural iron which could be rigged by relatively unskilled workmen. He gathered all available data and studied the characteristics of iron, the stresses and strains that it would bear He opened his own company name The Eiffel Construction Company.

When his company was given a contract by the French Southern Railway for a 1600-foot bridge across the Garonne River at Bordeaux, Gustav Eiffel translated his data into working plans. His design broke all the accepted rules; but his calculations were meticulously precise. The company accepted his plans. Gustav Eiffel?s columns, girders and tresses were fitted into place. The Garonne Bridge was built in half the time and at half the cost of a conventional bridge. Gustav Eiffel, at 29, had begun to change the communication system of Europe. Monsieur Gustav Eiffel has arrived.

One day, early in his career, he received a worried client ? the famous sculpture Bartholdi who had conceived the idea of the ?Statue of Liberty? as a perpetual monument to the friendship of France and America. Millions of Francs had been subscribed and the sculptor had begun work when the Engineers to their utter dismay discovered there was apparently no way of supporting the 150-foot copper giantess against the winds of New York Bay. In stepped Monsieur Gustave Eiffel and from his drawing board came plans for a unique steel frame, light enough to be set on a comparatively small pedestal and still strong enough to withstand the worst gale. The colossal statue was erected on the simple system of girders and braces supplied by Gustav Eiffel?s workshop. As a result, builders all over the world began experimenting with steel framing for every sort of construction.

Monsieur Gustav Eiffel?s Maria?Pia bridge in Portugal began another revolution in bridge design. The Portuguese Government had advertised for bids on a bridge across the rushing Douro River ? to be 200 feet high and requiring 500-foot span. It was near impossible to construct a bridge on this forbidding terrain. But nothing was impossible for Monsieur Gustav Eiffel. He inspected the terrain and went back to his drawing board. A week later he came up with a hanging bridge, an Engineering marvel no less.

When he won the bid and the hanging bridge began to take shape, his competitors gasped at the design. Monsieur Gustav Eiffel used steel cables anchored to pylons on both banks of the stream to hold each successive piece of the main arch in place until the next one was added. This was a welcome departure from the massive and expensive wood scaffoldings. Common engineering practice now, it was a sensation then. The Maria-Pia Bridge is a marvel and had pushed the use of structural steel ahead by many years.

He constructed bridges in Russia, Egypt and Peru. He also constructed dams, factories, stations and structures of unprecedented size. All over Europe, Engineers copied him. Now comes the icing on the cake. In the middle 1880s, a group of French industrialists organized a world fair in Paris. Monsieur Gustav Eiffel proposed a tower of iron measuring 300 meters as the symbol of the exhibition. Though his plans were approved by the working committee, the French Government would grant only a fifth of the 500,000 pound estimated cost. Monsieur Gustav Eiffel mortgaged part of his company for a loan to cover the balance.

In January 1887, the construction began, 40 Engineers and designers worked for 2 years on the details of the 1500 wrought iron sections that were to be fastened together with 2, 500,000 rivets. In 12 months 250 workmen setup the 4 immense arches which enclosed an area of 2.5 acres, and fastened on to them the Tower?s first platform. As usual, behind every great invention, there brews a storm. Petitions poured in to raze the hideous monstrosity, but Monsieur Gustav Eiffel was unfazed by the furore. He stayed calm and was confident on his masterpiece. In March 1889, the tower was completed, an amazing feat. No such building had ever been constructed at such a great height. The cement and steel bases supporting the four arches are the precursors of modern reinforced concrete foundations.

1000s of visitors to Paris glide aloft every day in the Eiffel Tower?s venerable lifts to look down at the breath-taking panorama nearly 1000 feet below. For most people, the impression of the view lasts a lifetime and that is exactly what Monsieur Gustav Eiffel intended in 1889 when he built the marvel of engineering which is one of the world?s highest structures.

Later, he experimented in basic aerodynamics and published an article on wind tunnel in which he could set up models of buildings and measure their stability. He constructed the first serviceable wind tunnel and laid down many of the fundamentals of aeroplane wing and propeller design. At the age of 75, he published these findings for engineers to calculate the wind resistance of a building and to construct it with a minimum of steel framing. This was indeed an important contribution to the early skyscrapers.

He died on December 15, 1923. This great engineer left behind a tower that not only bears his name, but 1000s of structures all over the world that owe their existence to his genius.