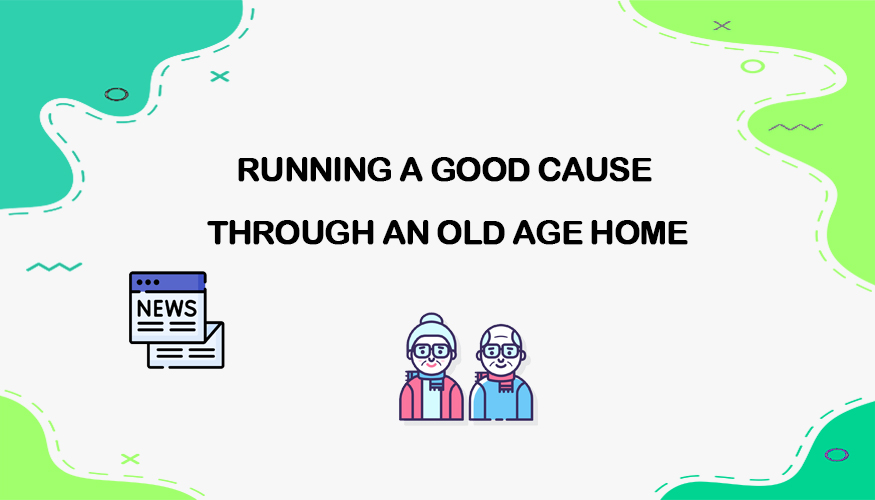 NEWSPAPER, PLASTIC WASTE CAN BE FUNDED AT OLD AGE HOMES!

Let?s Hear What Pune Folks Have To Say!

A Pune trust is running an old-age home for destitute and people whose children have abandoned them by selling different types of waste like plastic, newspapers, electronics and so on.

You must have heard of people making money from selling recycled cloth bags, upcycled discarded bottles and even the most basic waste item i.e. newspapers.

But this old-age home is functioning on the sale of waste.

In a one-of-its-kind initiative, Dr. Avinash Vaidya, founder of Shri Shankar Maharaj Seva Mandal, a charitable trust in Pimpri-Chinchwad (an extended area of Pune) is running an old-age home for destitute and the abandoned by selling different types of waste like plastic, newspapers, electronics and so on.

However, the lack of donations pushed Dr. Vaidya to look for alternative funding options.

Dr. Vaidya was working as a pathologist for the last 30 years and has seen all kinds of health and emotional troubles that the elderly face frequently. He really wanted to help them and finding an alternate way was important. That is how the idea of selling waste to recyclers popped up.

The Trust has been an advocate of pro-environment activities since its inception. Every year, the trust members collect old and torn clothes and employ women from underprivileged backgrounds to stitch cloth bags to fight against plastic carry bags.

Another reason is that people do not mind giving their raddi to us. It won?t affect their financial condition if they do not earn money from scrap. It was not very challenging to implement this practice, adds Dr. Vaidya.

The trust has tie-ups with local recyclers who buy the collected waste regularly. Seeing the noble efforts, many recyclers even purchase the waste at a rate higher than the usual market rates.

As per Dr. Vaidya, the trust, on an average, is helped by thousands of waste donors each month that fund more than 50 percent of the trust?s activities.

Medical expenses of the senior citizens are also met with the money earned from selling the scrap.

Presently, there are around 12 people living in the house which has a capacity of 25. With this bank?s successful run, Dr. Vaidya hopes to take more elderly under his shelter.

In addition to the old age home, the trust also carries out other welfare activities.

Dr. Vaidya?s first-ever social cause was a blood donation drive he had carried out as an 18-year-old. Since that drive, he has conducted 1,500 blood donation camps.

The trust also funds the education of higher secondary students and in the last four years, it has helped 25 students pursue graduation, masters, and PhD.