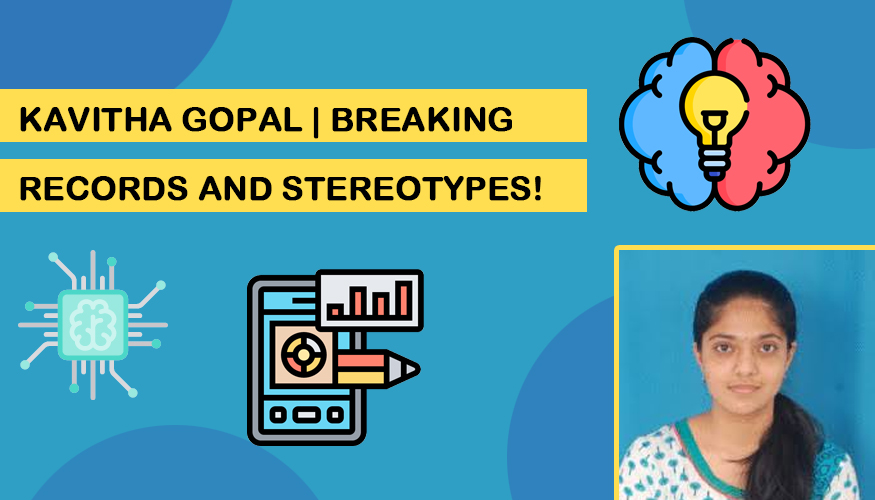 Many generations of brilliant minds have graduated from the hallowed portals of IIT Madras over the years. But on Monday, September 30, 2019, a 21-year-old woman scripted history at the institution on the occasion of its 56th annual convocation, by winning the President of India prize for outstanding academic performance, which was only ever won by male students before.

Kavitha Gopal not only put an end to the long, male-dominated legacy of the coveted prize, she also bagged a hat-trick of successes by winning two other top awards - the Bharat Ratna M Visvesvaraya Memorial prize for highest CGPA in B.Tech (named after the civil engineer and former Diwan of Mysore) and the B Ravichandran memorial prize for highest CGPA in B.Tech Computer Science and Engineering. Her CGPA is an impressive 9.95.

She moved to Kendriya Vidyalaya, Kalpakkam, after studying in the Atomic Energy Central School in Anupuram until 10th. In KV, She was exposed to Computer Science and programming languages as part of my class 11 syllabus and there's been no looking back ever since. In 2015, she joined IIT Madras where she consistently performed well in her academics. Armed with C++, Java and a little bit of Python, the 21-year-old has also participated in and won several competitive programming contests during her college days.

She scheduled my days to include both academic prep and other interests. She used to play basketball in school and in college too, she played the sport as part of the National Sports Organisation (NSO)

Historically, STEM (Science, Technology, Engineering and Mathematics) fields in universities across the world have seen a dearth of female students. Research done on this trend throws up multiple factors, ranging from stereotypes, social barriers, gender biases and the climate of engineering and mathematics departments in universities and colleges which tend to privilege male students, limiting the growth of women.

While there has been a slow and steady growth of women within the STEM disciplines, there is still a long way to go to fix the skewed gender ratios in top academic institutions.

As for Kavitha, she is yet unaware of her role in rewriting the history of IIT Madras. However, the 21-year believes that the old patterns are changing and more women are entering this field. The President of India prize is conferred to recognize outstanding academic performance by a student. In the 60 years of IIT Madras history, this is the first time that the ?President of India Gold Medal? has been conferred to a girl student. Only male students had won the prize earlier at the institute.

She hopes that more women take up computer science if they develop an interest for it. Her batch had only 10 girls out of 60 students and this says a lot about the ratio of girls and boys taking up the subject. But we need to realise that the future is computer science - think Artificial Intelligence, Machine learning etc.