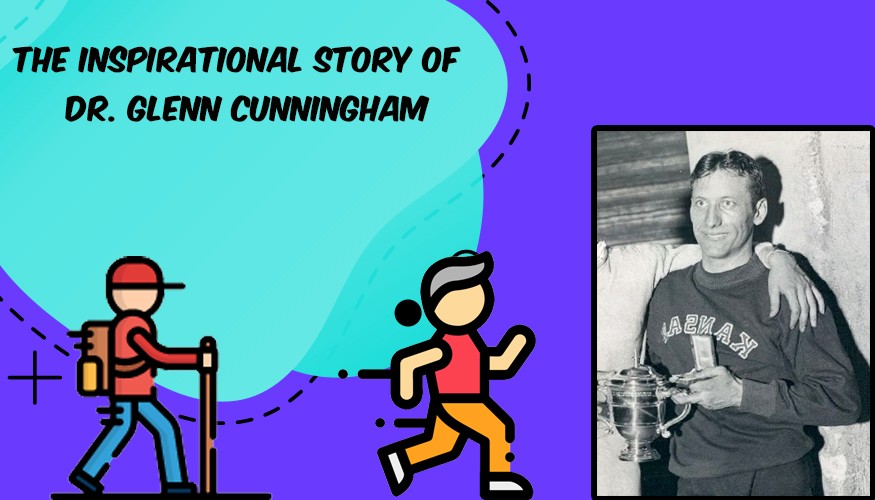 A young school boy named Glenn was caught in a fire accident in his school and was assumed that he would not live. His mother was informed that he was not going to make it, for the terrible fire had devastated the lower half of his body. Even if he were to survive, he would be a cripple throughout his life.

But the brave boy fought back with great tenacity because he did not want to die nor did he want to be a cripple. Much to be the amazement of the doctor, he survived the deadly fire. But unfortunately from his waist down, he had no motor ability. His thin legs just dangled with no life in them. It remained lifeless. Ultimately he was discharged from the hospital. But his determination to walk was indomitable. At home, when he was not in bed, he was mostly confined to a wheelchair. Desperate to walk, he one day threw himself from the chair and pulled himself across the grass, dragging his pathetic lifeless legs behind him. With great difficulty he reached the picket fence and raised himself up and then stake by stake began to drag himself along the fence with his resolve to walk undeterred. He did this every single day with utmost faith in himself and confidence that he would be able to walk unaided. With his iron persistence and his resolute determination he slowly developed the ability to stand up and walk haltingly. With time he learnt to walk by himself and to run.

Later he began to walk to school then run to school and to run for the sheer joy of running. Later in college he made the track team. In February 1934, in New York City?s famed Madison Square Garden, this young fighter who was not expected to survive, who was told that he would never walk and who could never hope to run ran the world?s fastest mile.

An epitome of the power of positive thinking and faith in one?s self, Glenn Cunningham continues to be an inspiration for many, and his story, a brilliant testimony to how one can bounce back even when all odds are stacked against one, to the extent that death seemed the preferable option.