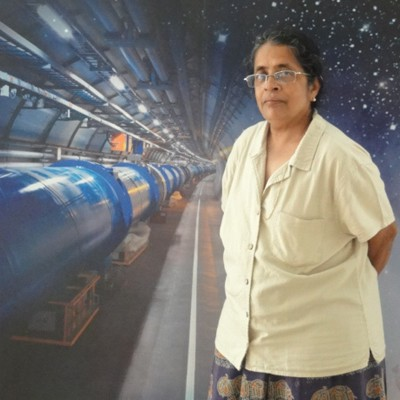 Making everyone proud, Rohini Godbole, an Indian Physicist and a Padma Shri Awardee, has been conferred with the Ordre National du Merite. This award is one of the highest distinctions conceded by France to honour the eminent persons.

Rohini Godbole is a professor at the Centre for High Energy Physics in the Indian Institute of Science (IISc), Bangalore. At the age of 68-years, she has been recognised by France for her contributions to the collaborations between France and India. Her work in promoting the visibility of women in science was also recognised.

Rohini Godbole pressed upon the fact that India needs more women role models in STEM to normalise the concept that one?s career or opportunities has nothing to do with gender. She feels that we need to create an unbiased world where the society should not intuitively think that a scientist is a man.

She is best known for her work for CERN, the European Organisation for Nuclear Research. She has been an active and responsible citizen involved in various policy measures to spurge the visibility of women in STEM. She co-authored the book ?Lilavati?s Daughters?, a collection of biographical essays on various women scientists from India.