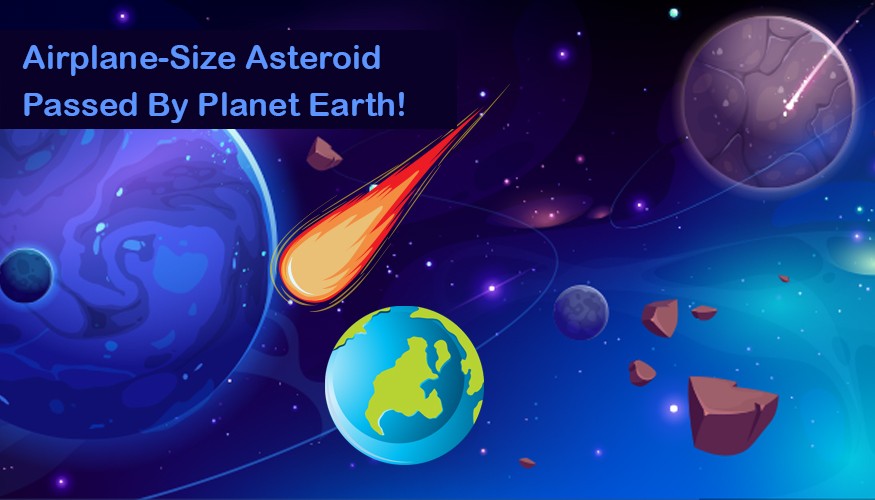 Welcome back to an interesting and trending topic for all you space enthusiasts. Did you hear all the buzz about the Asteroid that zoomed past Earth on 2nd September, 2020?

? National Aeronautics and Space Administration (NASA) has observed an asteroid that zoomed past Earth on 1st September 2020.

? This is the closest any asteroid has come towards Earth.

? It was closer than the moon which is 3.84 lakh km away from our planet. As a result, it was visible with the naked eye.

? The closest an asteroid is going to be to the Earth will be over a decade later in 2032.

? This asteroid was known to astronomers for almost a decade.

? It is categorized as an Apollo-class Asteroid.

? The last time something like this happened was in 1908. It was assumed that a part of the Comet Encke struck a place called Tunguska in Siberia. However, that is not a cause of concern and quite unlikely.

? First discovered in 2011, this asteroid passes by Earth every nine years. The last time it made a close approach, it was visible from our planet for four days.

? A Near-Earth Object (NEO) is any small Solar system body whose orbit brings it to proximity with earth.

? Many asteroids are undetected until the last minute or remain unknown even after they fly past Earth. Every month about dozens of Near-Earth Asteroids come within 0.05 au of Earth. i.e. 4,647,790 miles.

? As these asteroids orbit the sun, they make a close approach to Earth.

? NEOs are not near the Earth but relatively approaching the earth.

? Potentially Hazardous Asteroids (PHAs) are based on parameters that measure the asteroid?s potential to make threatening close approaches to the Earth.

? Asteroids with a Minimum Orbit Intersection Distance (MOID) of 0.05 au or less and an absolute magnitude (H) of 22.0 or less are considered PHAs.

? Asteroids are rocks revolving around the sun that are too small to be called planets. They are also known as planetoids or minor planets.

? There are millions of asteroids, ranging in size from hundreds of miles to several feet across. The mass of all the asteroids is less than that of Earth's moon.

? Asteroids can be dangerous irrespective of their size.

? Many have hit Earth and many more will crash into our planet in the future.

? This is precisely why scientists are keen on studying asteroids and are eager to learn more about their numbers, orbits and physical characteristics.

? They are leftovers in our solar system from about 4.5 billion years ago.

? With the birth of Jupiter, any planetary bodies were prevented from forming in the gap between Mars and Jupiter, causing the small objects that were there to collide with each other and fragment into the asteroids seen today.

? Asteroids are irregular in shape and are not round like planets.

? Some asteroids are hundreds of miles in diameter, but many more are as small as pebbles.

? Most asteroids are made of different kinds of rocks, but some have clays or metals, such as nickel and iron.

? An ?impact crater? is formed when an object like an asteroid or meteorite crashes into the surface of a larger solid object like a planet or a moon that melts and recrystallizes rocks.

? When asteroid crashes into other things, small pieces of it break off. These are called meteoroids.