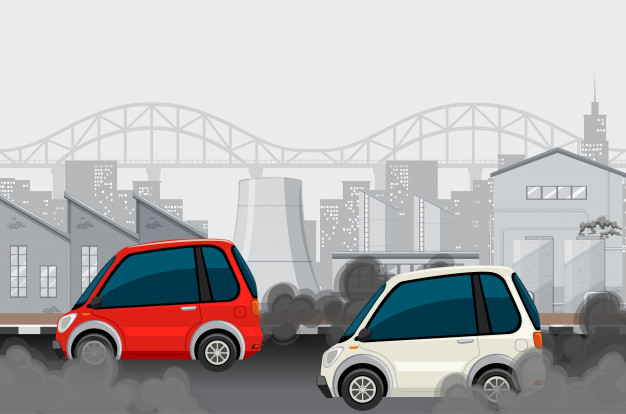 Environmental Changes Due To Transport Pollution: Reasons And Solutions? !

Environmental regulations in developed countries have reduced the individual vehicle's emission. However, this has been offset by an increase in the number of vehicles and increased use of each vehicle (an effect known as the Jevons paradox). Some pathways to reduce the carbon emissions of road vehicles have been considerably studied. Energy use and emissions vary largely between modes, causing environmentalists to call for a transition from air and road to rail and human-powered transport, and increase transport electrification and energy efficiency.

The transportation sector is a major source of greenhouse gas emissions (GHGs) in the United States. An estimated 30 percent of national GHGs are directly attributable to transportation?and in some regions, the proportion is even higher. Transportation methods are the greatest contributing source of GHGs in the U.S., accounting for 47 percent of the net increase in total U.S. emissions since 1990.

Other environmental impacts of transport systems include traffic congestion and automobile-oriented urban sprawl, which can consume natural habitat and agricultural lands. By reducing transportation emissions globally, it is predicted that there will be significant positive effects on Earth's air quality, acid rain, smog, and climate change.

With air pollution reaching alarming levels earlier this month, chairman of the Environment Pollution (Prevention and Control) Authority, Bhure Lal had flagged the issue of ?Comprehensive action plan (CAP) for air pollution control in Delhi and NCR? not being implemented in the region.

A closer look at the CAP reveals that while a majority of the proposals and suggestions have been resolved or agreed upon, some key ones like those relating to the procurement of buses, creation of parking space for them and use of fuel and emission norms are stuck with the authorities concerned or in courts.

To fight pollution, Delhi government recently came up with a plan to allow vehicles with either odd or even registration numbers to ply on a given day. This is expected to push more people towards using buses. However, Delhi does not have enough buses to cater to this increased demand. Buses constitute less than one percent of all registered vehicles in Delhi, while 31 percent are cars and jeeps, and a whopping 64 percent are motorcycles and scooters. The number of buses has decreased from 61,000 in 2010-11 to 32,500 in 2014-15 bringing down the ratio of buses for every one lakh resident in Delhi to just 25 today. For a quick comparison, China has 670 buses per lakh resident.

Clearly, Delhi needs more buses to solve its air pollution and traffic problems. But just buying buses is not going to solve the problem alone. There is a need for a paradigm shift in the way commuters think about bus transport. Buses need to have an image of a safe, convenient, and fast transport medium. They need to get rid of shortcomings such as low frequency, long delays, and overcrowdedness to gain high acceptability among commuters. Once this is achieved, bus transport can become a more preferred mode of transport. Technology and innovation can play a crucial role in enhancing customer experience and pulling more commuters towards public transport.