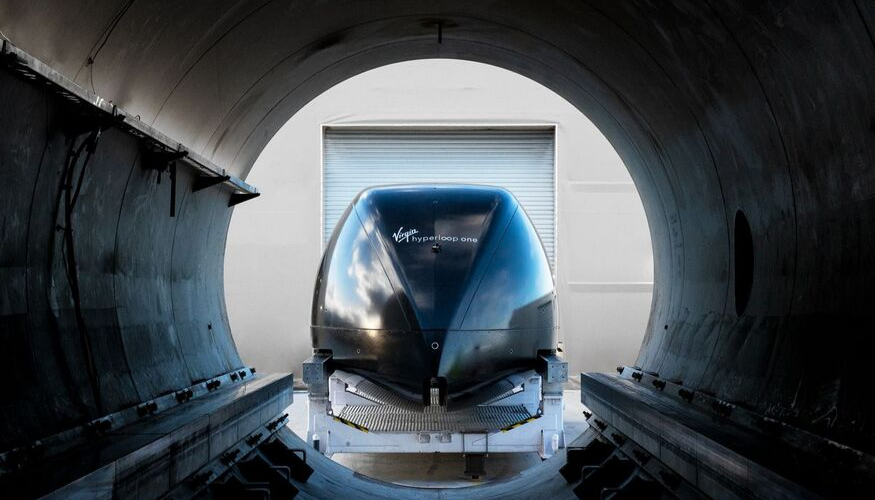 Hyper Loop: Trains in India Getting a Hyper Upgrade.

The hyperloop is a proposed high-speed transportation system in which specialized pods are accelerated through a low-pressure tube to achieve speeds near the speed of sound. Hyperloop intend to provide a more cost-effective and faster mode of travel between separated by distances less than approximately 900times. Elon Musk, the tech entrepreneur of leading high profile companies including SpaceX and Tesla Motors 1st conceptualized at in 2012. Hypothetical advances of the hyperloop include immunity to weather, lack of crashes, rapid speed, low power requirement, and energy generation for its operation.

Hyperloop: how does it work?

Speed of the traditional trains and all land-based transport is limited by friction, both against the air and the ground beneath it. The hyperloop works on by drastically removing the friction in both air and ground area. Tunnels are built between different cities. The tunnels are made because a close structure is required in for hyperloop the most of the air is removed from these tunnels. They are not entirely vacuumed, but much less air means reduced friction and less energy consumption to reach higher speed. With the help of solar panels, the removal of air from the tunnels and electricity required for the train both can be carried out efficiently. Passengers or cargo loads are loaded into the hyperloop train and accelerate gradually via electric propulsion on a low-pressure tunnel. The hyperloop train then floats above the tracks using magnetic levitation and glides at airline speeds for long-distance due to ultra-low aerodynamic drag. Till now magnetic elevator trains have achieved the speed of almost 600 km/hr. And in the case of hyperloop trains are expected to achieve the speed close to 1200 km/hr. These trains run on low energy to as there is no opposing force in the tunnels. The time for travelling to cities like Mumbai to Pune is estimably 25 minutes by hyperloop compared to 3 hrs.

Supporters argue that the hyperloop could be cheaper and faster than train or car travel and less expensive and less polluting than air travel. It is also quicker and less costly to build than traditional high-speed trains. The hyperloop could, therefore, be used to take the pressure off the roads, making travel between cities easier and potentially unlocking major economic benefits as a result.