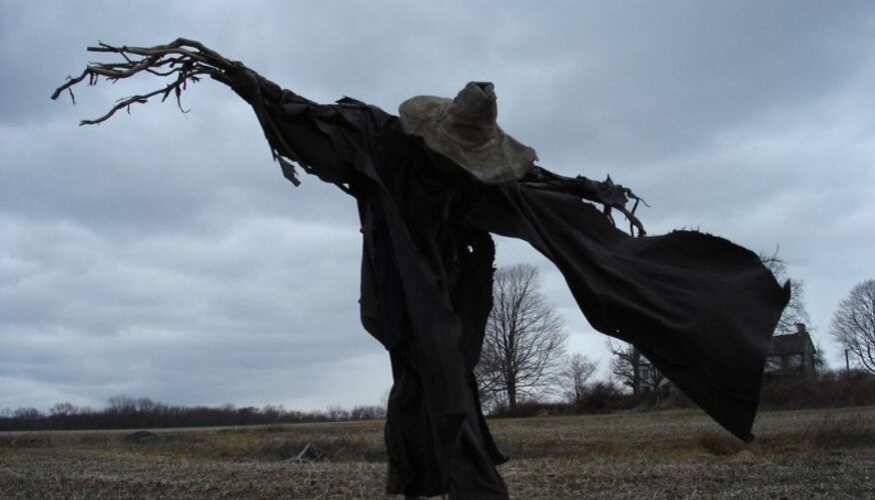 Intelligent Scarecrow Can Save Agriculture From Financial Losses?Let's Find Out How!

How about having 24 x 7 standing guards to protect the farms? In India, being an agriculture hub, we can produce various kinds of food is not only good quality but also a huge quantity.

One problem of both quality and quantity control of our food products is the food harmful pests such as bird, ant, weevil, aphid, grasshopper, etc.

Therefore, this smart scarecrow intends to develop a computer system that can chase birds from a farm.

The smart scarecrow is developed by using an image processing technique. The overall works are software development.

The system is designed to detect pest birds from a real-time video frame after it detects the birds then it generates a loudly sound to chase them.

An intelligent scarecrow which can prevent large flocks of birds from landing on fields and eating the crops. This solves a very large economic problem in the agricultural sector.

Why use smart scarecrows?

Every year giant flocks of birds land on the fields and devour large parts of the yield or destroy grazing areas. This leads to considerable financial losses for the farmers who cannot do very much to prevent it from happening.

But now it looks as if researchers have discovered an effective, intelligent system to scare the birds away. With the help of speech recognition technology, the system senses the presence of the birds based on their sounds and can then emit an alarm.

Intelligent scarecrow can measure its own effectiveness in scaring the birds away. By registering sound, it can identify whether the birds are landing, whether they have settled on the field or whether they are fleeing.

Researchers Working Currently On This Project:

A NEW-age scarecrow is being trialed in Queensland?s Lockyer Valley in a bid to fix Australia?s billion-dollar pest problem.

The University Of South Florida. "Intelligent Scarecrow Can Save Aquaculture From Financial Losses."

South Australian researchers have developed software which identifies specific bird species by their calls and then randomly chooses noises known to scare them, a development that could potentially save the fruit and wine industries millions of dollars.