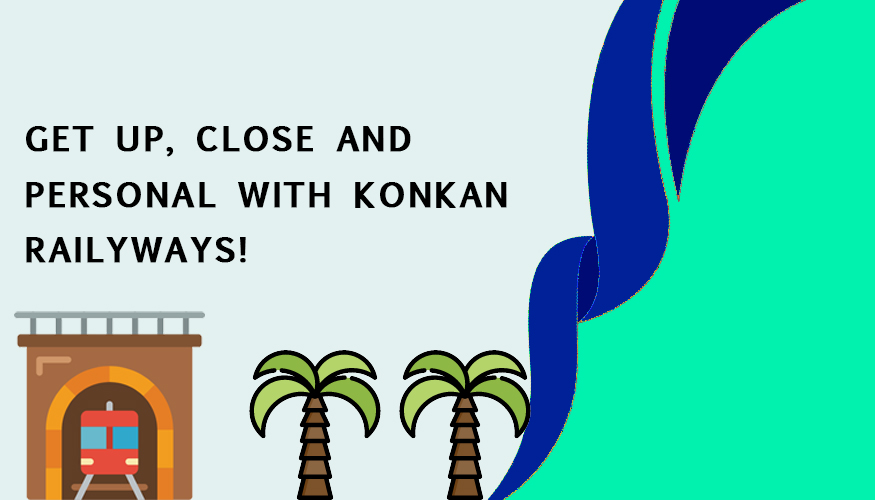 Konkan Railways: A Train You?d Definitely Want To Board?Find Out!

ABOUT THE KONKAN RAILWAY PROJECT:

The Konkan Railway is a railway operated by Konkan Railway Corporation Limited, headquartered at CBD Belapur in Navi Mumbai, Maharashtra. The first passenger train ran on Konkan railway tracks on 20 March 1993 between Udupi and Mangalore. The model created by the student aims at projecting the pivotal features of Konkan Railways and the journey that it carries out each day. The train crossed an array of beautiful scenarios like the Karbude tunnel which is 6.5 kms long and the Sharavati river which is 0.065 kms. The Dudhsagar falls are a scenic attraction. The route is open to both freight and passenger traffic. The line runs parallel to the Arabian Sea, offering views along the coast. The Konkan railway route intersects national highway National Highway 66 (India) at many places.

There are fifty-six stations on the entire line. Although the route is currently a single line, KR and South Western Railway lines run parallel from Majorda to Margao in Goa, making that section a double line.

MORE ABOUT THE KONKAN RAILWAYS:

The Konkan Railway was the missing link between India?s commercial capital, Mumbai, and Mangalore. The 741-kilometre line connects Maharashtra, Goa and Karnataka States - a region of criss-crossing rivers, plunging valleys and mountains that soar into the clouds. The Konkan is a coastal strip of land bounded by the Sahyadri hills on the east, and Arabian Sea on the west. It is a land where mythology breathes side by side with economic growth, a land with rich mineral resources, dense forest cover and a landscape fringed with paddy, coconut and mango trees.

The formidable terrain to be conquered and the short construction period meant that the project could only be completed with the help of several technological innovations. Apart from setting a trend for other infrastructure projects in the country, the Konkan Railway provides concrete proof of the skills of Indian engineers, their discipline, team spirit and courage.

But it is also a tribute to the unconquerable human spirit. Beyond the technical jargon, it was a leap of faith that made the long cherished dream of the people of the region possible. The Konkan Railway has also in a way changed the lives of the Engineers and other people associated with the project.

For them it was the glory of overcoming all odds, and the satisfaction and pride that they have built something for posterity. The completion of the Konkan Railway was a ?tryst with destiny? for many people in the Konkan region, redeemed in the 50th year of the nation?s Independence. It is hence entirely fitting that the first train on the completed track was flagged off on January 26, 1998, Republic Day.

The Konkan Railway does not have divisions like the other Indian Railways; however, it has two regions with headquarters at Ratnagiri in Maharashtra and Karwar in Karnataka. The Ratnagiri railway region extends over 480 kilometres (300 miles) from Roha to Sawantwadi in Maharashtra, while the Karwar railway region extends over 660 kilometres (410 miles) from Pernem in Goa to Surathkal in Karnataka. Railway Regions an are headed by Regional Railway Manager.