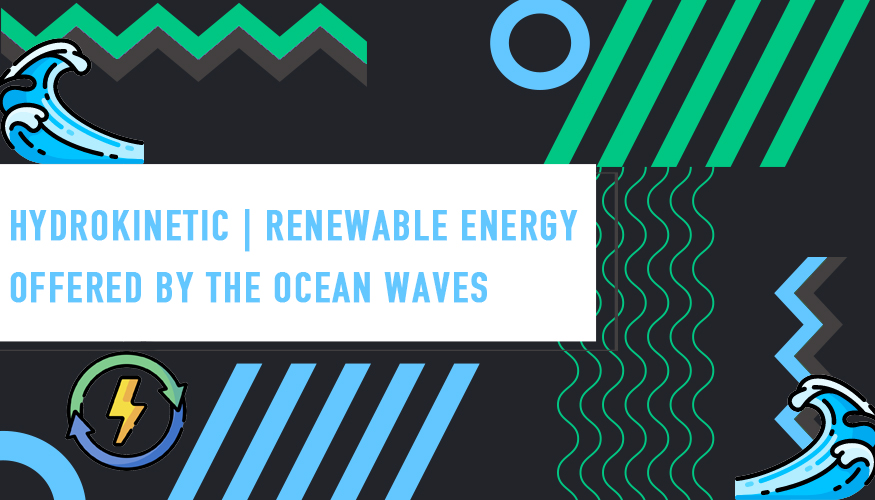 Oceans wave the future.. How? Read On!

If the term ?renewable energy? brings to mind a sea of solar panels or towering wind turbines, you?re not alone. It?s becoming more and more common to capture energy from the sun and wind. That?s because these ?clean? energy sources generate electricity without polluting our air. Just as important is that they don?t release carbon dioxide into the atmosphere. That greenhouse gas traps the sun?s heat and contributes to our changing climate.

But solar and wind power have one big downfall: They?re not always available. The sun only shines during the day. Wind comes and goes. There are very few places where wind is constant enough to generate electricity all the time. And as easy as it sounds, storing energy for later use has proven a major challenge.

But ocean waves? As anyone who?s stayed near a beach can tell you, waves crash onto shore morning, noon and night. And that makes them ideal for generating energy around the clock. Now scientists are figuring out just how much energy waves could offer.

When wind blows across the surface of water, it creates waves. If you?ve ever seen white caps on an ocean or some lake on a windy day, you?ve seen this in action. The wind causes water at the surface to bob up and down. Even though it seems as though the water is traveling from one place to another, it doesn?t actually go very far. Rather, it moves in circles ? up, up, up to the top of the wave, then down, down, down the other side.

That?s true, at least, when the water is very deep, such as out in the ocean. Those gently bobbing waves are called ?swells.? But waves change when they get close to shore.

As the water gets shallower, it can?t travel in circles anymore. The ground gets in the way. The water bumps up against the ocean floor, squashing the circle into an oval. Much like a person tripping over something, the water ?trips? over the ground. The top part lurches past the bottom. The wave ?breaks,? crashing closer to the beach.

What is the electric grid?

Wave energy systems use the water?s movement to make electricity. Some types of these devices harness the power of breaking waves. Others make use of swells. Still others use the pressure of waves near the ocean floor. Yet all have the same goal: Convert wave energy into electrical energy. That electricity can be used to power the electric grid. That?s the network of cables that transmits electricity to homes and buildings so we can use it.

Wave power is restricted to areas near the ocean. After all, the cables that carry electricity can only be so long. But 40 percent of the world?s population lives within 100 kilometers (60 miles) of the ocean. That means a whole lot of lights, TVs and tablets could be powered by waves.

With all that promise for wave power, researchers are testing how well different types of generators convert ocean energy to electricity. Along the way, they?re trying to make sure that sea life won?t be harmed in the process.

The first step to creating wave power? Figuring out the best place to put those energy converters.

Not all coastal areas work for generating wave power. The shape of the land beneath the sea changes the size and shape of waves. Wave-energy converters also are costly. The best spots should have plenty of wave action, but not so much that converters might be damaged in a storm.

Explainer: What is a computer model?

To figure out the best sites, scientists turn to computer models. Joao Morim Nascimento and Nick Cartwright are environmental engineers in Australia. Both work at Griffith University in Southport, Queensland. An environmental engineer works to reduce pollution and waste. The pair wanted to find good places for wave-energy converters along their country?s southeast coast. It?s home to several large Australian cities. Since so many people live near the coast, this area could be great for wave power.

The researchers started out with an existing computer model called SWAN. (That name stands for Simulating WAves Nearshore.) SWAN was developed by researchers at the University of Delft in The Netherlands. It predicts the strength and location of ocean-wave energy. To do so, it factors in things like wind, features on the ocean floor and interactions among multiple waves.

Morim Nascimento and Cartwright adapted SWAN to apply to southeast Australia. They added details about the water?s depth out to within 50 kilometers (31 miles) from shore. They also put in data on the region?s winds and waves. Then they tested the model using data from buoys in the ocean. The engineers tweaked the model until it closely predicted the amount of wave energy being recorded by the buoys.