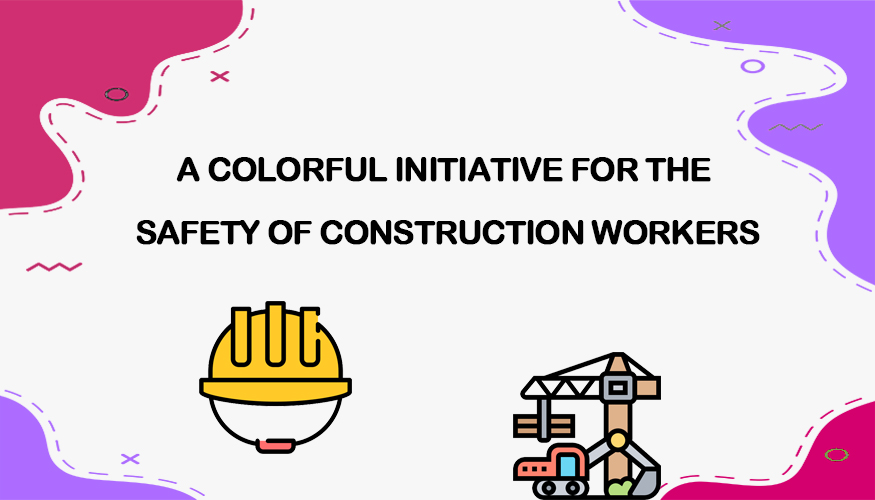 Safety Helmets: Automatic Alerts When Not Wearing Helmets?Find Out!

Purpose of Safety Helmets: Safety Helmets protect the user's head against: impact from objects falling from above, by resisting and deflecting blows to the head, hitting fixed dangerous objects at the workplace, etc.

Brown: Brown hats are worn by welders and other workers with high heat applications.

Green: Green often signifies a safety inspector but can also be used by new workers on the site or probationary staff.

Yellow: Yellow is the colour for general labourers and earth moving operators.

Blue: Carpenters and other technical operators including electricians will normally wear blue hard hats, while orange is worn by road crews.

Grey: Grey is the colour often worn by site visitors. And if employees forget their hats or misplace them, there is often a nice bright pink helmet on site they have to wear in the meantime. As mentioned above, this colour coding system is a general and unwritten rule.

Purpose of the project is to develop the tool that automatically detects workers who are not wearing helmets. A real-time video a visualization approach was used. The visualization approach is an innovative software tool that monitors the workers in real time and dispatches warning messages to concerned personnel once the safety rules are violated. This approach consists of a closed-circuit television (CCTV) camera installed at construction site, a wired/wireless network to transfer videos taken by CCTV camera to the server(office computer),(3)a server at the nearest office, speakers at the office and the site to warn against safety violations, cell phones with local area network (LAN) wireless to send warning messages to the concerned people. Images of the construction site are displayed continuously on the office computers. Using real-time images, the software program detects whether the workers are using their helmets properly. When the program detects a worker at the site without a helmet, the program triggers warning messages. This tool was developed using image processing software.This current study is an extension of previous studies in the field of construction safety visualization, computer vision, pattern recognition, and Internet transmission. The tool was developed using an image processing method to detect the face of a worker and then used edge detection program and segmentation methods to identify whether the worker had a helmet. The software tool was developed by a combined effort of construction engineers and computer science professionals and then tested in the Construction Management Laboratory at University of Nevada, Las Vegas (UNLV).