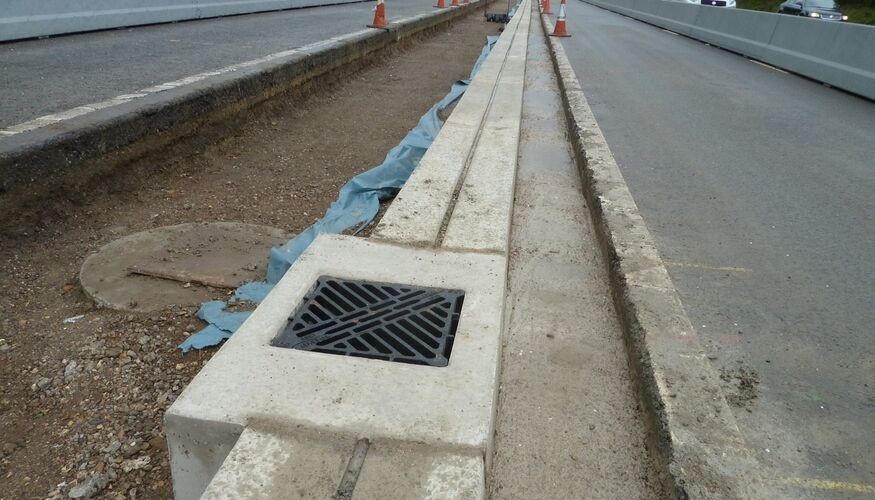 One of the premier issues faced by smart cities in our country is the poor drainage system infrastructures. This is a particularly alarming due to the fact that due to Monsoon rains in India, drains often get blocked and clogged leading to water-logging on the roads. This phenomenon is compounded by the excess blockages caused by the discharge of garbage into such drains and they lead to catastrophic effects on the health and safety of pedestrians. A solution to this was proposed to be a smart drain, which is both economically and environmentally friendly.

In this model there is belt that is expected to be installed underground, below the road. The proposed model also possesses a speed-breaker. The speed breaker, when it comes in contact with water, it will push the water down, towards a belt that further moves the water to a bigger crank, allowing it to move. This crank is fitted on a small free wheel by a chain. This free wheel facilitates the movement of the belt that is fitted in the drain. The primary purpose of this belt is to carry the garbage that has fallen into the drain. This belt is moved using the wheel and the garbage is moved to the end of the city as the end of this belt will only be attached to the end of the city, at the end of which there will be large garbage dump.

Even a solution for 90 degree turns has been established by reducing the belts breadth at the turns by half, allowing the trash to collect and fall into a second drain, thus transporting the garbage to garbage ponds that will be underground.

This device is said to be environmentally friendly as it does not emit any harmful pollutants or toxic byproducts into the atmosphere, nor does it release any magnetic radiation that could be potentially harmful to flora and fauna alike. It also reduces the labor per day for drain maintenance and management by about 50 percent, making it extremely economically friendly as well and a great solution for a sustainable and economically aware nation like India.

Researchers Working On The Projects: