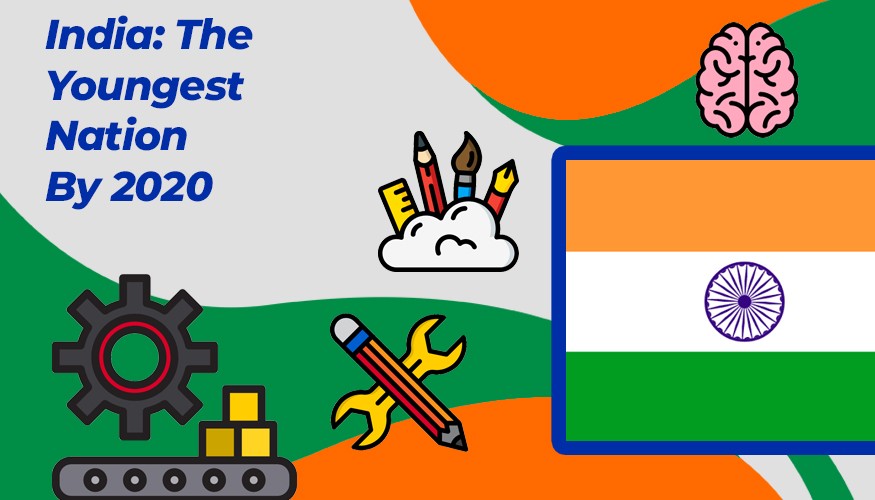 The population as a resource: India will be the youngest country by 2020.

Reasons for overpopulation in India are we have successfully decreased the death rates but failed to do the same for birth rates. The ratio of birth rate to death rates is unbalanced, with birth rates being the higher one. Lack of family planning knowledge, the lack of education directly effects here. Uneducated families cannot grasp the issues and problems caused by overpopulation. They are least aware of the various ways to control population, uses of contraceptives and birth control measures. Lack of education also leads to social problems like early marriage even today. A still more significant number of girls and boys are married at an age when they are not prepared for family responsibilities, either socially, emotionally, physically, and mentally.

The population as a resource

Population becomes resources by using their skills, knowledge, productivity, and abilities. When human resources are developed by becoming more educated and healthy, we call it human capital formation. The human population is the resource itself; they are the most important productive resources.

Human resource plays an essential role in achieving the economic development of a country. The economic development of every nation involves proper utilization of its physical resource by its labour force and other forms of human resources for the appropriate usage of the production potential of the country. This development involves achieving these conditions: An increase in the per capita income to raise the level of living of the people. A drop in the magnitude of unemployment. And a consequent decrease in the number of people living below the poverty line in the nation.

By the year 2020, India is set to become the world?s youngest country, with 64% of the population is in the working gap. This particular demographic potential offers India and India?s growing economy a modern edge that could add a significant 2% to the GDP growth rate. Investment in human capital yields a return, and it is done through education, training, and healthcare. It is indeed known that a person who is educated earns better than an uneducated person. Also, a healthy person is much more productive than an unhealthy person.