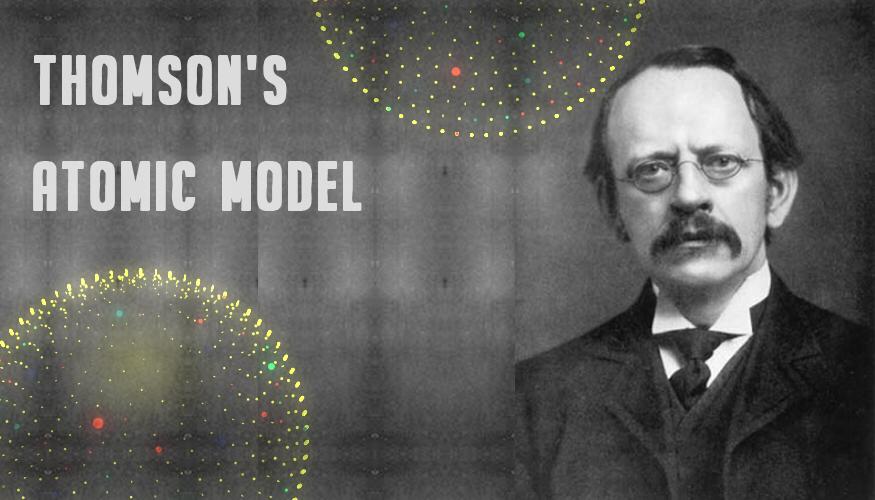 Thompson?s Atomic Model Has Made A Huge Difference In The Field Of Science... Let's Explore!

J.J. Thomson was the scientist who discovered the negatively charged particle called electron in 1897. The discovery of the electron was done through the cathode ray tube experiment.

J.J. Thomson was the scientist who discovered the negatively charged particle called electron in 1897. The discovery of the electron was done through the cathode ray tube experiment. (Cathode ray tube is a vacuum tube). J.J. Thomson believed that the electron was two thousand times lighter than that of a proton and assumed that the atom contains thousands of electrons that possess the negative charge.

In this experiment, he basically considered that the atom has clouds of negative charge and positive charge. He demonstrated the process of ionization of the air by X-rays along with Rutherford. His atomic model is also known as the plum pudding model owing to the resemblance to the watermelon.

WHAT ARE THE KEY FEATURES OF THIS MODEL?

? This model of atomic structure was compared to that of the structure of a watermelon or to a plum pudding. Basically, the red edible part of the watermelon consisted of the positively charged sphere while the seeds of the watermelon was said to consist the negatively charged particles. OR the atom consists electrons in a soup of positive charge for balancing the negative charge exactly the same way where plums are immersed in pudding.

? He said that an atom consisted of a sphere which was positively charged with the negatively charged electrons filled into it. The atom as a whole was said to be neutral while the negative and the positive charge inside the atom was equal.

WHAT ARE THE LIMITATIONS OF THOMSON?S ATOMIC MODEL?

? This atomic model failed in its explanation of how is the positive charge in the atom capable of holding the negatively charged electrons in the atom and therefore failed to explain how the atom becomes stable in nature.

? This atomic model could not explain or account for the position of nucleus in the atom.

? This model also failed in its part to explain the alpha particles scattering.

His model was disproved by Ernest Marsden?s and Hans Geiger?s gold foil experiment in 1904. But, even though J.J. Thomson?s atomic model failed to account for the atomic structure and was not an ideal model, this model was used as a base for the development of the futuristic other atomic models. The study of the atomic structure and the atom as a whole has provided the base for numerous inventions that has played an elementary role in the development of the mankind.