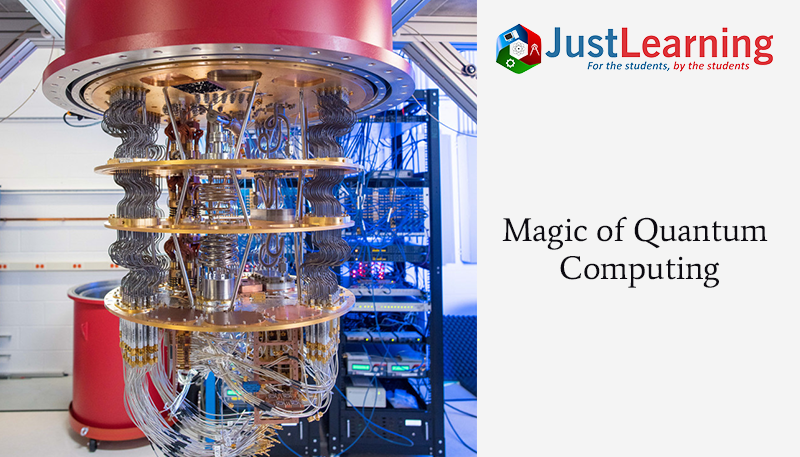 Quantum physics, one of the most useful disciplines of modern science, often makes some unbelievable claims. Today?s physicists, engineers, and computer scientists are working hard on harnessing the behaviour of quantum mechanics to build quantum computers, eventually leading towards quantum internet.

Quantum internet is similar, yet different, to the ordinary internet. Similar, because it connects quantum computers. And different, because these computers essentially interact in an un-hackable manner. Any attempt to capture the message in between, informs the recipient that it was read by someone before it was delivered.

This successful transmission of quantum information was announced in December 2020 by a consortium of universities, national labs, and private industry. There is no doubt that this is a very important step towards building a quantum internet.

Quantum computing differs from ordinary computing in many ways. Ordinary computers are built around the concept of the bit, whereas, quantum computers use the qubit, a short form for ?quantum bit?. Qubits, to an extent, are like ordinary bits that are measured as 0s and 1s, but within these measurements, they are also an unspecified mix of 0s and 1s. This bit of quantum magic is the same as Schrodinger?s cat.

The perfect example of a quantum system is a radioactive atom. According to the Copenhagen interpretation, an atom is both, decayed and not decayed until it is measured. In his experiment, Schrodinger imagined radioactive material in a sealed box, as it included a radiation detector, a hammer, a vial of poisonous gas, and a cat. If an atom of the radioactive substance decayed, the detector would record it, and the hammer would then get released to break the vial of poison, which would, in turn, kill the cat.

The fact that quantum mechanics allows an object to be in two opposite configurations simultaneously is true. In a single instant, a qubit in a quantum computer can be both, 0 and 1. Although it sounds impossible, it is one of the things that distinguishes the quantum world from the regular world. Subatomic particles like electrons can either be in two places or can spin in opposite directions simultaneously. It is these simultaneous opposite spins that make up the qubits. A clockwise spinning electron is 0 and an anticlockwise one is a 1 and vice versa.

?Just imagine, what would take trillions of years using ordinary computers, would take just a few seconds with a quantum computer.?

In 1998, the first working quantum computer was demonstrated, which could be loaded with data and could output a solution. It was a baby step taken forward back then. Quantum computing too has its strengths and weaknesses. A quantum computer is not really faster than the high-end ordinary computers of today. However, for issues like code-breaking, quantum computing leaves regular computers in the dust. Yes, it cannot just be competed.

As and when advanced quantum computers become a reality, it will have the capacity to break codes unbeatably faster than it is currently possible. Just imagine, what would take trillions of years using ordinary computers, would then take just a few seconds with a quantum computer.

Quantum computers not only excel at decryption; but also excel at encryption. Quantum algorithms that have been developed are expected to be unbreakable. These cryptographic capabilities will interest the nations, as well as the corporations involved in e-commerce. Amazon, IBM, and Microsoft are racing to bring global access to quantum computing.

In ordinary computers, it is easy to identify if a bit is on or off. But in quantum computers, the qubits are highly sensitive to the environment, especially when there is heat. So much so that vibrations of the atoms of the computer can probably destroy the information stored in qubits. Hence, quantum computers require to be kept at very low temperatures.

Many institutions are in the process of developing quantum computers. But, to make a quantum internet, it requires to transfer the information between computers. And this process is triggered by a phenomenon called quantum teleportation. In this process, two atoms are separated by large distances and are made to act as if they are identical.

A recent advance has successfully demonstrated long-distance quantum teleportation at two testbeds, each located at Caltech and Fermilab near Chicago. This advancement used commercially available equipment and is a vital step in pushing for a quantum internet.

These are still early stages in the history of quantum computing. Although, its exponents are very enthusiastic about its future. There is no question that the code making and breaking capabilities make quantum computing an interesting prospect in the landscape of online protection and hacking.