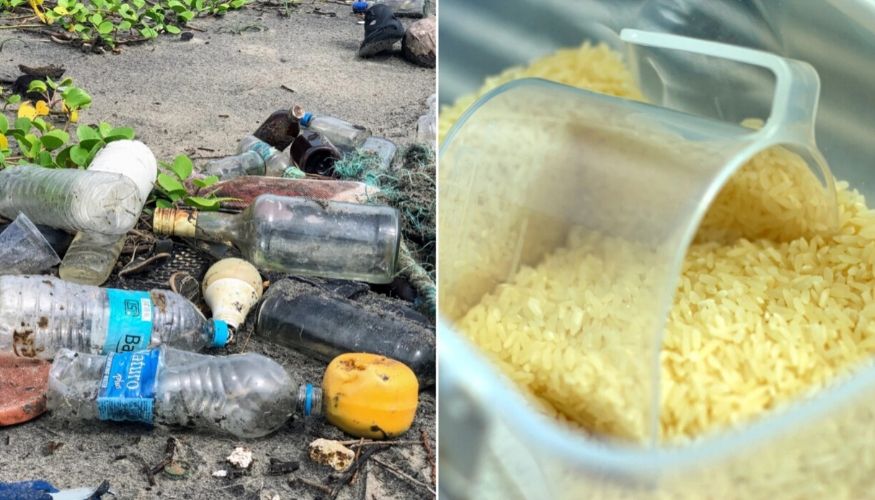 The District Collector of Mulugu in Telangana, C Narayana Reddy, initiated an awareness campaign to make the district free of single-use plastic. It all started as a challenge to some village school kids, who wanted a cricket kit. He told the kids at the Jakaram village school to collect empty plastic bottles lying in and around the village. In an hour, they collected 996 bottles. That's when he realized that this is a huge problem.

Since the challenge started in early October, the district has collected nearly 50,000 kg of plastic and seized over 600 kilograms of single-use plastic through a network of collection points in 174 villages. The collected plastic is then sent for recycling.

Narayana and the team came up with the idea of giving 1 kg of rice to anyone who collects and deposits 1 kg of plastic at the Gram Panchayat collection centers. After putting in all the efforts, the idea clicked. The rice is of premium quality, which the team purchased at Rs 30 per kg. Others also helped in this noble endevor. 57 people donated over 200 quintals of rice in 10 days, while according to a district official, people also donated cash and cloth bundles to stitch bags.

Rs. 1 Lakh was collected by the district in just one month by penalising people using Single-Use Plastic (SUP). A teacher at the Zilla Panchayat school in Kothur says that his students got in the habit of picking up discarded plastic bottles on their way to school and depositing it there. Narayana believes that instead of banning SUP suddenly and then trying to enforce it, it is better to do it gradually. Involving people is very important. In some villages, people who were searching for jobs, or were doing odd jobs have started dedicating their entire day in collecting plastic. In return, they get good quality rice, which encourages them to serve the cause.

Narayana wants to make Mulugu the first district in India to eliminate the use of SUPs. On November 16, an exhibition was conducted by the district administration on innovative ideas to stop the use of plastic. Several kids enrolled for the exhibition with themes such as exploring alternatives to plastic bags etc. The winners in the exhibition were given cash prizes.

Recently the district also introduced its first ATM that dispenses coupons in place of water bottles. They have also tied up with some restaurants and hotels, and these coupons can be used to buy a cup of tea or a snack.

The District Collector has also appointed a tailor in every village who gets a monthly honorarium for stitching cloth bags if people bring clothes. The district is also preparing to make the biggest tribal festival in the country (which takes place in Medaram village in February) free of plastics. More than 5 Lakh people attend the festival every year.