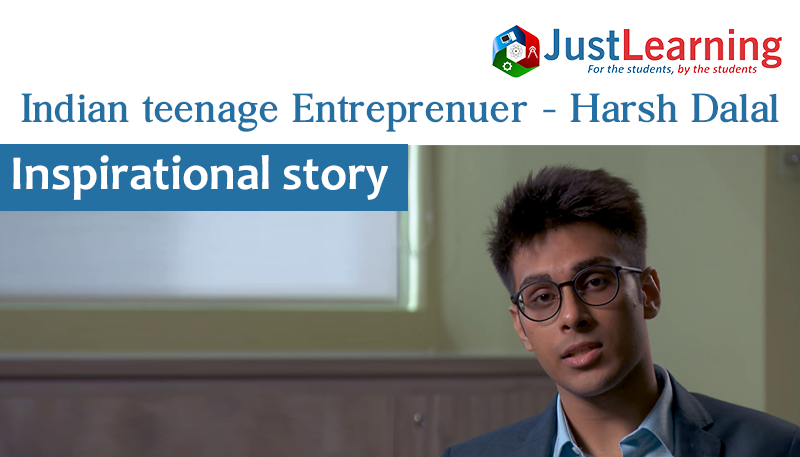 When you think of a teenager, you probably imagine a young adult studying to build a future, surrounded by ample opportunities and weighing options to make a decision. Now let?s talk about Harsh Dalal, a nineteen-year-old who has built a start-up in Singapore that is evaluated at USD 25 million.

When Harsh was six years old, his family moved to Singapore. They hopped from one house to another until they bought their own. As an introvert, he found it challenging to make new friends every time they moved. As a result, he stayed indoors and played on his laptop.

It all started at the age of 11 when Harsh learnt coding by watching YouTube tutorials. His mother, a journalist, gifted him an iPhone. He applied what he had learnt from the tutorials towards jailbreaking the iPhone. (Jailbreak is the option available on an Apple device to open it up for custom modifications.) The iOS system piqued his interest, and he joined Apple forums to get a deeper understanding. Through this space, he met four strangers with a common interest. They were from the United States, Norway, Russia and Singapore between the 14 and 17 age group.

At the age of 13, Harsh even co-created one of the first screen recorders which recorded 5 million downloads within the first few weeks.

They connected over this common interest and exchanged tips on coding, jailbreaking and app development. These elaborate discussions got them banned from these forums as they were unaware of the forum?s rules. But nevertheless, Harsh managed to get their emails, and their collaboration continued.

They bagged a USD 100,000 project to develop a marketing app for a multinational company. Harsh was taken aback as he hadn?t seen so many zeroes in his life. He used this money towards his company, to buy video games and purchased bitcoins at USD 400 each which he sold for a five-figure profit.

Harsh is pursuing his Business Administration diploma at Singapore Polytechnic and has built a business around his expertise. Team Labs has a presence in eight cities with 120 employee strength shaping Singapore into a smart nation. The company?s clients were reported to be Coca-Cola Company, Google and Hilton. The company raised USD 9.8 million from investors such as Grand Canyon Capital, Startup Capital Ventures and sovereign wealth fund Korea Investment Corporation.

At Team Labs, only the interns are younger than Harsh; the rest are much older. Only Harsh was left out of the co-founders, as the rest exited the company for personal reasons.

Young Indians are bringing about waves of change in the world. With their family?s support, they capitalise on technological trends and try their hands at innovations. Such inspirational stories highlight the importance of STEM education from an early age. Amidst this pandemic, technology connects us. How are you making the best of the current situation? What initiatives have you taken? And if you haven?t yet, what is stopping you?