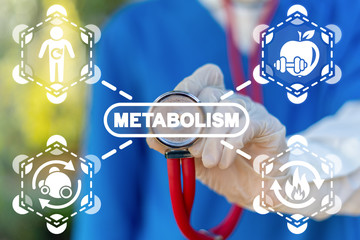 Can Eating Too Little Actually Damage Your Metabolism? Find Out.

Imagine having a metabolism 1 million times slower than another person. This is the reality for bacteria living in sediments at the bottom of deep oceans and rivers. These microbes only divide every 10 to 10,000 years. Compare that to lab-grown microbes thriving in an environment enriched with all the nutrients required for growth, such as Escherichia coli, which can divide in as little as 20 minutes.

Dead, organic detritus that sinks down into marine and estuarine sediments lock away carbon. In fact, almost half of organic carbon burial worldwide happens in estuaries and river delta systems. But the mechanisms that control how much carbon is buried instead of released into the atmosphere as carbon dioxide, a greenhouse gas, is still poorly understood.

An upcoming study by researchers from the University of Tennessee, Knoxville, University of Texas-Austin and University of North Carolina at Chapel Hill find that microbes living in deep estaurine sediments, or the subsurface, are consuming food that is hundreds of years old and extremely poor quality.

The researchers examined sediment cores from the White Oak River in North Carolina. The cores cover approximately 275 years of material that sunk to the subsurface. They found that the deeper the microbes in the core, the slower they broke down food, with an 1000-fold difference between microbes at the top compared to the bottom of the sediment core.

The microbes were able to use enzymes to break down the centuries-old proteins and carbohydrates. The subsurface microbes are well-adapted to where they live and what they have to eat.

?Our work shows that those microbes are living the same way any other microbe does, just way more slowly and with some improved ability to eat the low-quality food in their environment,? said Dr. Andrew Steen, who led the study .

Understanding how the microbes live successfully on low-quality resources could uncover how to slow metabolism in human organs so they can survive longer during transplants. Equally important is a better understanding of how and where carbon is stored, which could protect us from the self-reinforcing cycles of climate change.