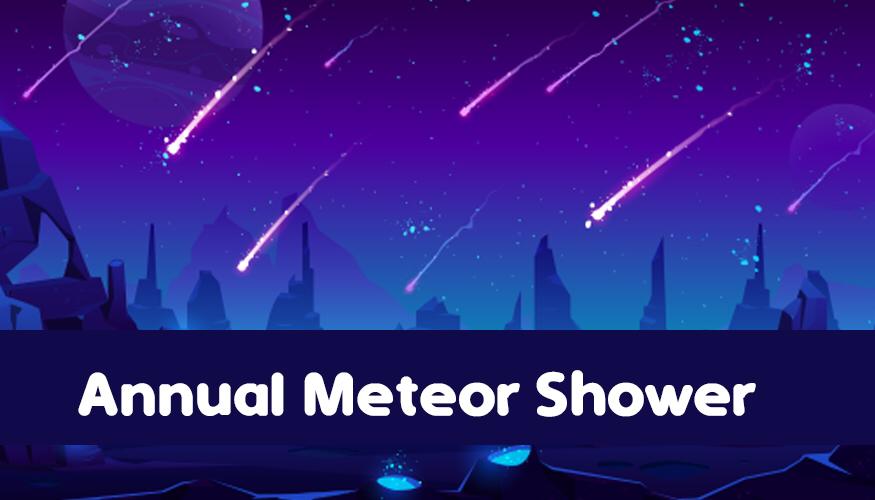 Make A Wish! Meteor Shower Has Begun! The Star-War streaks across the skies!

Though there are over 30 meteor showers annually, none are as anticipated as the Perseids, the biggest and most spectacular of them all. The "shooting stars" have been streaking across the skies at a rate of about a dozen an hour, since mid-July. However, meteors' pace will sharply escalate over the next few weeks, reaching a high of between fifty to a hundred an hour, on August 11, 12, and 13, 2019.

While that is usually the ideal time to view the celestial show, this year's peak coincides with an almost full moon, which may make observing the meteors difficult. Experts, therefore, recommend seeking out the shooting stars a little earlier, from August 2 to August 9, 2019. The best place to admire them is a dark, open space that is far from city lights. Stargazers are also advised to settle in an area where the entire dome of the sky is visible and, most importantly, to be patient. That's because it will take between 10 to 15 minutes to get accustomed to the dark skies and then as long, or even longer, to see a flashing meteor. And finally, leave the telescopes and binoculars at home, for the natural fireworks are best viewed with bare eyes.

Though often referred to as shooting or falling stars, meteors have nothing to do with stars. Rather, they are remains of cosmic dust and dirt left behind by comets traveling through the area. When the debris collides with the Earth?s atmosphere at high speeds, it burns, resulting in a flash that resembles shiny stars streaking through the skies, or what we call meteors.

The Perseids get their name from the constellation Perseus, from which they appear to spurt. They are, however, composed of the dust and rocks left behind by the Swift-Tuttle comet as it passes by Earth during its 133 year-long orbits. Though the comet will not come by again until 2126, it has left behind plenty of fragments from its last visit in 1992. The meteor shower's consistently impressive yearly performance can be attributed to the fact that our planet always passes close to the center of the debris stream, where the dust is the densest. Though visible worldwide, due to Swift-Tuttle's orbital pattern, the best views are reserved for Northern Hemisphere residents.

The Perseids produce more fireballs than any other meteor shower In addition to being the most reliable of all meteor showers, the Perseids also produce the highest number of fireballs ? meteors as bright as Jupiter and Venus. NASA scientists, who have nicknamed the Perseids "fireball champions,? believe that the shiny meteors are a result of Swift-Tuttle's large, 26 km wide nucleus. They speculate that it leaves behind hundreds of meteoroids, many of which are large enough to produce fireballs. So be sure to mark your calendars and see if you can catch one or two of the impressive shooting stars. And don?t forget to make a wish. It is bound to come true.