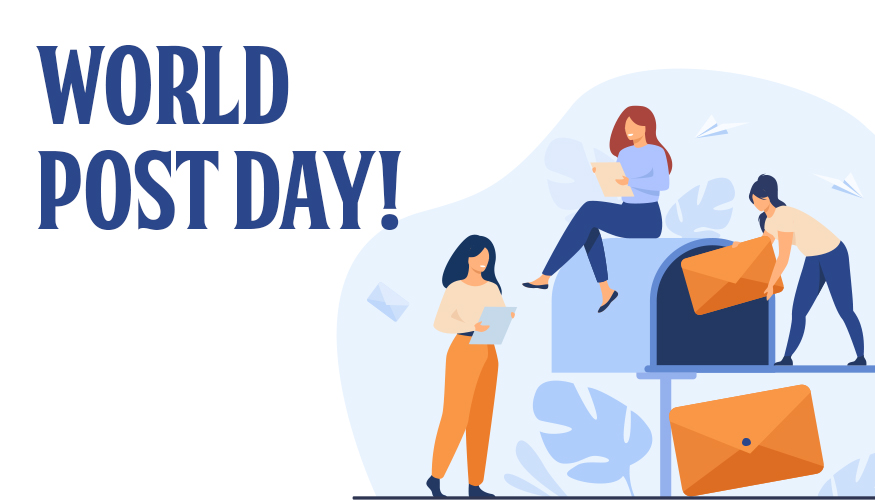 World Post Day : A Celebration Of Social And Economic Development

For the people associated with the postal union , the world post day is a very important day as it signifies the importance of the postal systems in our lives. Common people do not have much idea about this day and hence , I would like to share my knowledge with everyone.

Postal systems have been an important part of the indian system for years.If we go back in history, people used to send letters to each other. The mode of communication or the mode of delivery to connect with each other was by foot or on horseback with the help of special messengers. From the 16th century onwards, the first national postage systems began springing up in many countries leading to a postal revolution. By the late 18th century, there was a global postal service in place but it was very slow and complicated which led to unnecessary delays. As the years have passed by, the birth of the UPU- Universal Postal Union opened the way for the efficient postal service which is still in existence even today.

World Post Day is celebrated each year on 9 October which also happens to be the anniversary of the establishment of the Universal Postal Union which took place at the Swiss Capital of Bern in 1874. It was declared as the World Post Day by the UPU Congress held in Tokyo, Japan in 1969. Since then, countries across the world participate annually in these grand celebrations. The Postal system management in many countries use this event to introduce or promote new postal products and services.

The purpose of World Post Day is simply to create awareness about the role of the postal sector in everyone?s lives today. The postal system has played a very important role in the social and and economic development of the countries. The world post day celebration encourages all the countries to undertake and organize activities which are aimed at generating a broader awareness of their postal roles and its importance,

With each passing year, the importance of the Postal systems as well as the World Postal day has only been increasing. Every year, more than 150 countries which includes many international organisations come together and celebrate World Post Day in a variety of ways. Many Posts use the event to introduce or promote new postal products and services. Some Postal systems also use World Post Day to reward their employees for their good service they have done over the years.

We all should be grateful for the help the postal systems and it?s officers have been doing for all the countries over the years. With these systems , every single person on this earth has been able to gain access to many people across the globe and that in itself is one of the most important feature about the postal system.